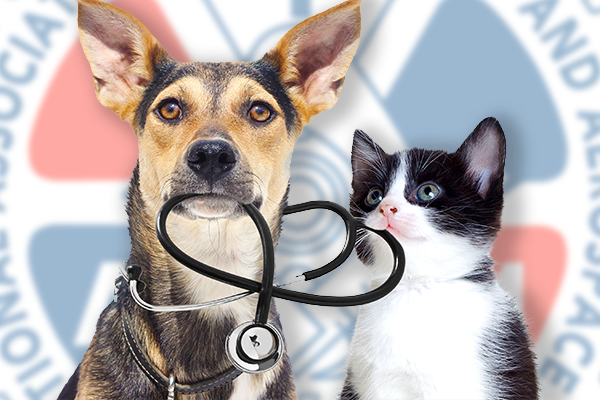 The National Labor Relations Board (NLRB) has approved a petition for 130 workers at a Pathway Vet Alliance facility in Rochester, N.Y., to conduct a mail-in ballot election for representation by the International Association of Machinists and Aerospace Workers (IAM).

The proposed unit of 130 workers with titles like licensed veterinary technicians and surgery animal care attendants would be among just a few organized facilities in the veterinary medical business. Thrive Pet Healthcare, Previously Pathway Vet Alliance, is an Austin, Texas-based company with more than 400 locations. The company controlling shareholder is a private equity firm TSG Consumer Partners.

The IAM’s bid for the NLRB election was successful due in-part with a partnership with Liz Hughston, president of the National Veterinary Professionals Union.

The Thrive Pet Healthcare workers are seeking unionize due to unfair conditions in the workplace, including understaffing and stagnant wages despite rising costs for pet medical procedures.

“I love what I do as do my coworkers. We do it because we are animal lovers, just like our clients,” said Tara McGrain, an animal care assistant. “No one goes in to veterinary medicine for the money however, we should be able to expect livable and fair wages.”

“This election is great news for this hard-working staff who seek respect in the workplace,” said IAM International President Robert Martinez Jr. “People trust in these workers to care for their pets, and it’s only fair that the company reward that with respect on the job. Every worker deserves the right to join a union. A group of Starbucks workers in New York recently won that right, and now it’s time for those at Pathway Vet Alliance to have the chance to vote for the same.”

“The crucial and honorable work of these technicians should be rewarded with good wages and respect in the workplace. Unfortunately, they’re being overworked and without fair wages, which is just wrong,” said IAM Eastern Territory General Vice President Brian Bryant. “These technicians are tasked with the care of beloved animals, and they deserve the right to focus on that priority, not low staffing and other bad working conditions at the hands of their employer.”