‘Rock Against the TPP’ Summer Tour Kicking Off Soon 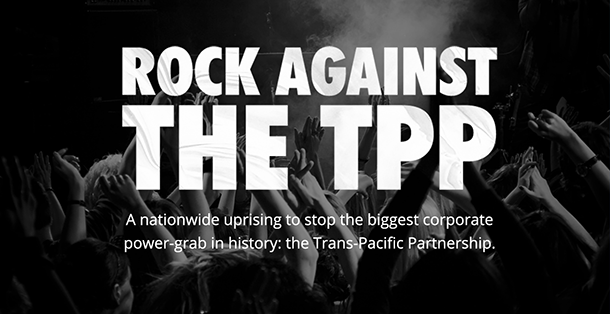 The fight against the Trans-Pacific Partnership (TPP) is headed to the main stage.

The Rock Against the TPP Tour is hitting the road to educate the public on the job-killing trade bill and the devastating effects it would have on workers.

The tour, which is free to attend, is headlined by Rage Against the Machine guitarist Tom Morello.

It kicks off this Saturday, July 23 in Denver. More concerts are scheduled in San Diego, Seattle and Portland, OR.

The IAM has been fighting the much flawed trade deal ever since it caught word that it was being secretly negotiated behind closed doors. Even the free trade-friendly International Trade Commission reported the deal would be devastating to workers.

Learn more about Rock Against the TPP.