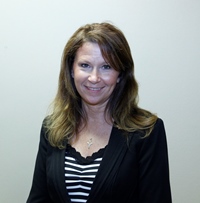 Rodriguez joined IAM Local 463 in Jacksonville, AR, in December 1998 as an employee at Raytheon. She was an active member during the efforts to organize the C-130 Training School. As a member of IAM Local 463, Rodriguez has held the positions of Steward, Chief Steward and President. She has served on Local 463 Negotiations Committee, Women’s Committee and Organizing Committee. Rodriguez has also served as District W-2 Organizing Chair, Trustee, Business Representative and Assistant Directing Business Representative. She has held the positions of Vice President and President of the Arkansas State Council of Machinists and Advisory Committee Member of the Labor Education Program at the University of Arkansas at Little Rock. Arkansas Governor Mike Beebe appointed Rodriguez to serve on the State Employment Advisory Council Member.

“Rodriguez brings many years of experience in the field to this team,” said Southern Territory GVP Mark Blondin. “She is truly committed and dedicated to IAM members. I look forward to her continued efforts to protect and serve our membership.”