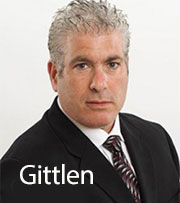 “The IAM has been extremely fortunate to have Dale Hartford at the helm of GDA,” said Martinez. “We owe him and his entire family a debt of gratitude for his years of dedicated service. The IAM has always been fortunate to draw from a deep pool of talent to ensure GDA remains the world-class organization it is today. As director, Dale consistently increased the school’s fundraising totals and, more importantly, grew the number of guide dog teams graduating each year. His loyalty and his leadership will not soon be forgotten.” 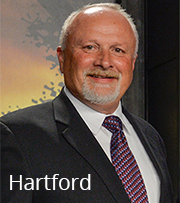 Hartford joined the IAM in 1982 as a millwright-welder in Skowhegan, Maine. Within two years he was elected local lodge president. He then served as District 99 Directing Business Representative, Grand Lodge Representative and in 2004 was named Administrative Assistant to Eastern Territory General Vice President Lynn Tucker. In 2010, Hartford was appointed as GDA’s director, in charge of all the facility’s activities and staff.

“I have great confidence that Russ Gittlen will continue Dale’s good work as the new director of GDA,” said Martinez. “His leadership experience and his many years of fundraising for the school give him all the tools he’ll need to succeed in his new job.”

Gittlen joined the IAM as a UPS mechanic and has been an active member for nearly three decades. He became a shop steward at UPS in 1990 and was appointed Business Representative in Lodge 447 in 2000.Â  As New England Area Director, he is currently responsible for coordinating all of the activity of the five District 15 local lodges in the region. Gittlen has actively supported GDA for many years and helped raise over $460,000 for the IAM’s number one charity.Â  In recognition of his work, Guide Dogs of America honored him with its 2014 “Gift of Sight” award.

Guide Dogs of AmericaÂ provides guide dogs free of charge to blind and visually impaired men and women across the U.S. and Canada.

With the help of the IAM, the school was founded in 1948 after a blind IAM member was rejected for a guide dog due to his age of 57. Since then the union and its generous members have been GDA’s largest financial supporters.