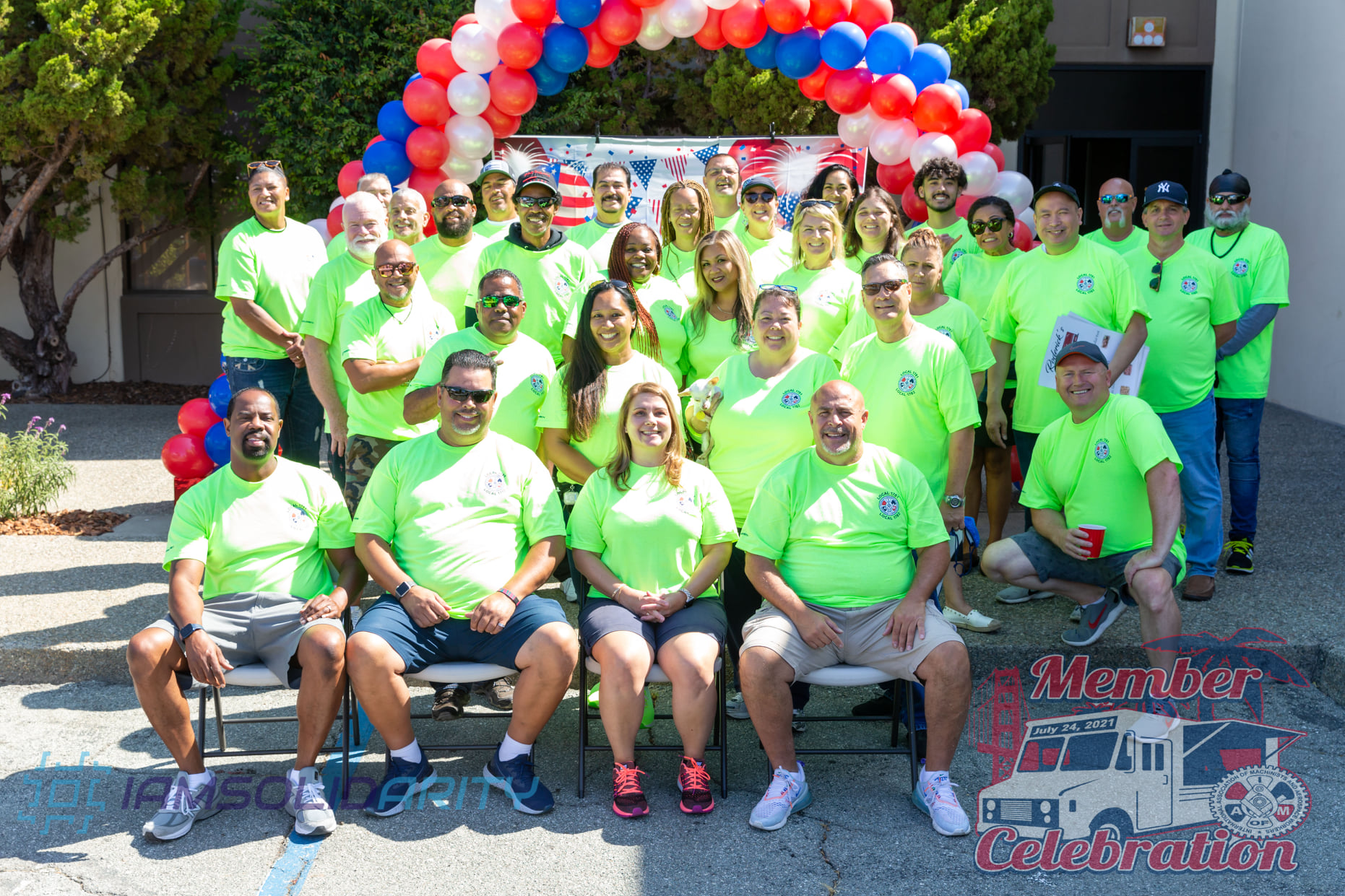 Last week, over 1,000 members from District 141 Local Lodges 1781 and 1782 in Burlingame, CA enjoyed food, live music, games and camaraderie while saluting their brothers and sisters who are retiring from United, American, Hawaiian and other carriers.

“As a proud member of Local 1781, I commend District 141, Local 1781 and Local 1782 for organizing and running this amazing event,” said Richard Johnsen, Chief of Staff to the International President. “It never surprises me how Machinists always come together to honor the careers of their brothers and sisters. This celebration was a great tribute and appreciation to many members who’ve helped make our union what it is today.”

“Locals 1781 and 1782 have once again outdone themselves,” said District 141 President and Directing General Chair Mike Klemm. “Having over 1,000 members come together to give an incredible farewell is overwhelming. Thank you to everyone that was involved.”

The original group of five planners turned into an organizing committee of 35 volunteers on the day of the event. The organizers had received 650 RSVPs from their social media posts, but once they shared pictures on the morning of the event, phones and social media websites exploded with excitement and more RSVPs.

The most popular feature was a “dunk tank” where members had the opportunity to hit a target that sent their favorite Assistant General Chair or local officer into a water tank for good fun and to raise money for Guide Dogs of America, the Machinists Union’s favorite charity.

“It was a pretty well-oiled machine,” said Chris Lusk, Committee Chair and Vice President of Local 1781. “This will be an ongoing event.”

Watch video of the event.