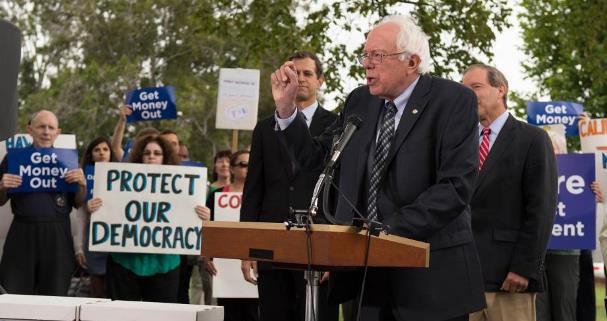 U.S. Sen. Bernie Sanders (I-VT) echoed the words of many in the labor movement when he called it “incomprehensible” that the text of the Trans-Pacific Partnership (TPP), a massive free trade deal being negotiated between the U.S. and 11 other countries, has not been made available to Congress.

In a strongly worded letter to U.S. Trade Representative Michael Froman, Sanders lambasts likely upcoming legislation that would grant the President “Fast Track Authority” over the TPP. Under Fast Track, members of Congress would be allowed only a yes or no vote on the massive trade deal, with no opportunity to offer amendments.

“It is incomprehensible to me that the leaders of major corporate interests who stand to gain enormous financial benefits from this agreement are actively involved in the writing of the TPP while, at the same time, the elected officials of this country, representing the American people, have little or no knowledge as to what is in it,” Sanders wrote.

Leaks from the secret negotiations show that the TPP would be a massive power grab for Big Business. Corporations would be able to sue governments for worker safety, environmental and other regulations that infringe upon their profits. Like the North American Free Trade Agreement, or NAFTA, it threatens to offshore hundreds of thousands of U.S. manufacturing jobs to countries with lower wages.

“The TPP is not just another free trade agreement,” the letter reads. “It has broad economic and political implications for the entire economy, national sovereignty, healthcare, the environment, national security, and the federal budget, among other issues. It goes without saying that the American people and their elected officials have a right to know what is in this agreement before fast track is voted on.”

Sanders is asking for a response to his letter by January 16.