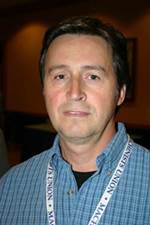 IAM General Secretary-Treasurer Robert Roach, Jr. has appointed Canadian Special Representative Robert Savoie to serve as Grand Lodge Auditor. Savoie will assume his new position on April 1, 2015 and will fill the vacancy created by Grand Lodge Auditor Leo Gulliani who is retiring at the end of April after 30 years of steadfast service.

A former District Lodge 140 Organizer, Savoie began his career in 1979 at Canadian Pacific Air Lines, later Canadian Airlines International, where he held numerous positions, including Shop Steward, Executive Committee member and President of Local 2309 in Saint-Laurent, Quebec. From 1999 to 2002, he worked on the merger of the Canadian Airlines International and Air Canada collective bargaining agreements as a member of the Negotiations Committee.

“Brother Savoie brings decades of front line experience to his new position and will add a valuable perspective to the GST team,” said General Vice President Dora Cervantes. “We are confident that IAM members across North America will continue to benefit from his dedication and expertise.”