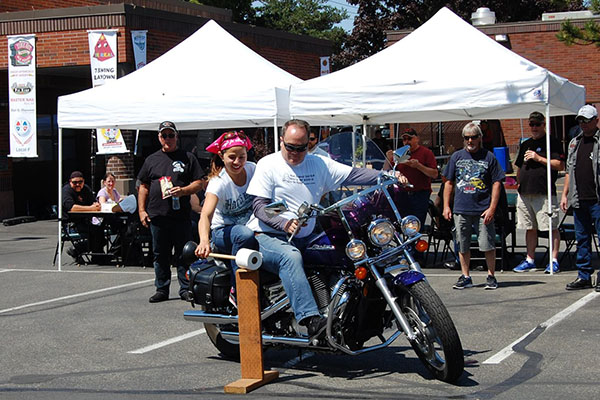 Among the day’s motorcycle riding events were a poker run, slow ride, jousting and bowling. A motorcycle show followed with awards for best custom, touring, metric and best of show.

“It was a really good day raising money for a great cause,” said District 751 President Jon Holden. “Thanks to all the riders, volunteers and sponsors who helped make the event a success.”

A Harley-Davidson Sportster XL1200C was raffled off as a grand prize. Participants also took part in a 50/50 drawing, dined on delicious barbeque and enjoyed live music, all to support the IAM’s no. 1 charity.

“I am moved by the hard work and generosity of everyone involved in making this event a success. Lives will be changed forever with the money that was raised,” said Western Territory General Vice President Gary Allen.

The event has brought in more than $5,000 so far, but donations are continuing to come in. Volunteers from area local lodges businesses all helped to make the day a success.