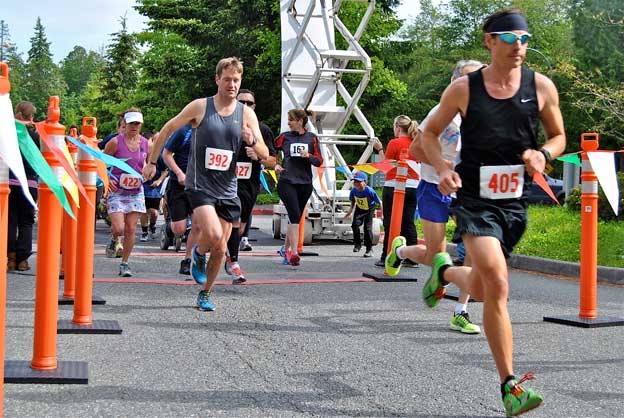 District 751’s Flight for Sign fun run raised more than $14,000 for Guide Dogs of America, a charity that provides service dogs and training to people who are blind or have impaired vision.

The totals were just shy of last year’s all-time records.

“We had a good group of runners and some great volunteers and sponsors,” said District 751 Women’s Committee Chairwoman Grace Holland. “Thanks to all of them, it was a great day.”

The event, which was held on June 7, included timed 5K and 10K races, plus a non-competitive one-mile walk. Click here for photos of the run.

Over the past 13 years, the Flight for Sight has raised approximately $147,000 for Guide Dogs of America, the California-based charity that provides service dogs and training in their use free of charge to people who are blind or have impaired vision from across the U.S. and Canada.