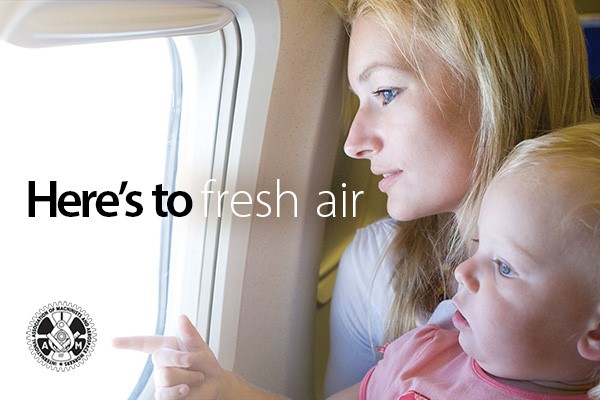 Academic research indicates that approximately 20,000 toxic fume events have occurred during the past 10 years – an average of five each day.

“The IAM commends Senators Blumenthal, Feinstein and Markey for introducing legislation that will help ensure the safety of the passengers and crew from the dangers of toxic air,” said Transportation GVP Sito Pantoja.

The Cabin Safety Act aims to make the cabin air on airplanes safer through multiple steps such as:
• Training: Mandating pilot and flight attendant training regarding toxic fumes on aircraft.

• Reporting: Requiring FAA to record and monitor reports of fume events through a standardized form and public database.

• Monitoring: Ensuring that aircraft have carbon monoxide sensors that are set to alarm based on national air quality standards.

IAM members can express support for the Bill and urge their Senators to vote for it by sending an IAM action alert by clicking here.