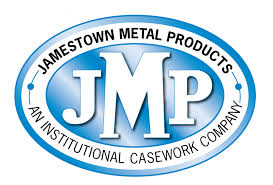 U.S. Sens. Chuck Schumer and Kirsten Gillibrand are calling on Institutional Casework Inc. to reconsider their plan to close Jamestown Metal Products in Jamestown, NY and work with local officials to overcome financial challenges the company may be facing. Institutional Casework Inc. announced in May that they would close the historic Jamestown plant, which has been operating in Western New York since World War II, and layoff all 80 IAM Local 2495 (District 65) workers at Jamestown Metal Products.

Schumer and Gillibrand reasoned that the plant has shown tremendous capacity and productivity, proving that the plant can still be profitable for the company. The plant has benefitted from its partnership with the IAM’s skilled and productive local workforce and proven to be a critical player in Institutional Casework’s portfolio and integral to the fabric of Western New York.

“The working families of Jamestown and the surrounding communities built this company,” said IAM Eastern Territory General Vice President Jimmy Conigliaro Sr. “Generations of dedicated workers, their families, and communities stood by Jamestown Metal Products during wars, conflicts and economic disasters. Leaving these workers high and dry during the pandemic is selling them, their families and all of these communities out to the lowest bidder, and it is despicable.”

Workers and officials were told that the closure date would be in early September, but the plant remains open and is still processing orders, with no announced date to end operations. Both senators believe this is further evidence that the plant can be viable and should continue operations in Jamestown.

“While we understand that Institutional Casework Inc. has fallen on hard times during the pandemic, the human cost of closing Jamestown Metal Products is simply too high,” said Schumer. “Jamestown’s closure will have ripple effects throughout the entire region, weakening Western New York’s ability to rebuild after the pandemic.”

“This pandemic has put enormous strain on historic businesses across New York and unfortunately, Institutional Casework is no exception,” said Gillibrand. “However, closing Jamestown Metal Products means the region will lose 80 more jobs at a time when people need them the most.”