Shutdown Recovery Must Include Back Pay for Federal Contract Workers 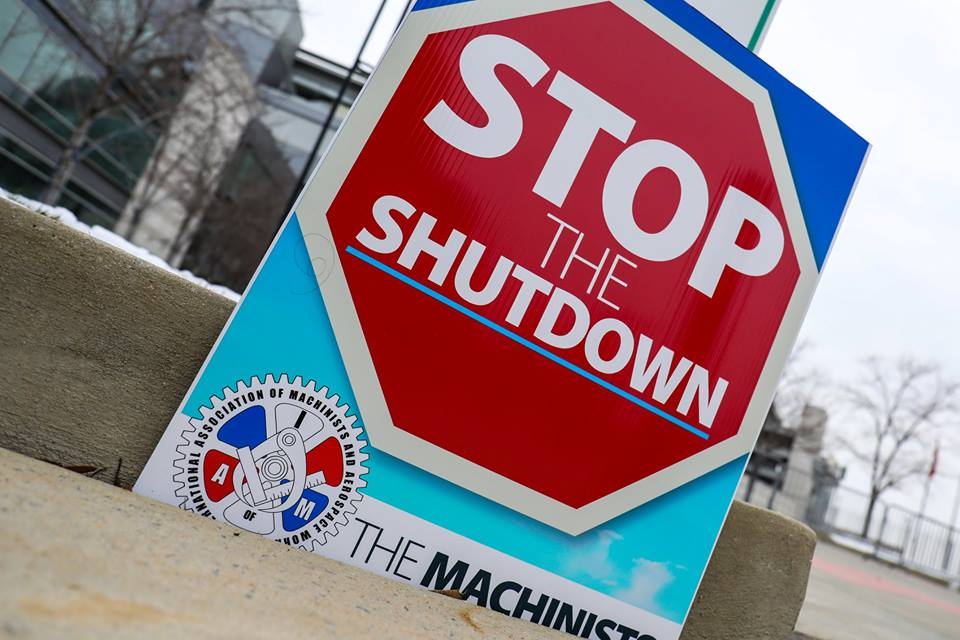 “I want to thank all of our members and everyone who made calls, attended rallies and shared their personal stories during this shutdown. Unfortunately, this fight is far from over.

“Opening up the government for three weeks is insufficient. The White House is still holding American workers hostage. A three-week reprieve from the longest federal government shutdown in history does not go far enough to ease the anxiety and fears of more than one million dedicated federal workers, federal contract employees and their families.

“The Machinists Union proudly represents thousands of federal contract workers who provide critical services to several government agencies from NASA to the FAA. They are hard-working, dedicated employees who deserve equal treatment. These men and women work side-by-side with their government counterparts, motivated by the same goals of public service and safety. They deserve to be treated the same as federal workers.

“The Machinists Union strongly urges Congress to provide the same redress for federal contract workers as it does for federal workers. We are working closely with U.S. Rep. Donald Norcross (NJ-01) to make sure these workers receive the back pay they deserve. We will be aggressively lobbying Congress to support this legislation when it is introduced.

“Our members still have to deal with catching up on mortgages, student loans, school tuition, car loans, health care premiums, daycare and many other financial obligations. Please keep our members and other federal workers and contractors out of any future government shutdown conversation, period.”