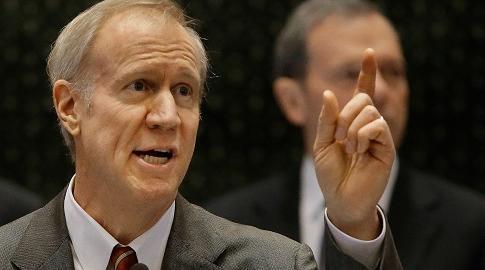 Illinois Republican Gov. Bruce Rauner was dealt another blow to his right-wing agenda when the Illinois House unanimously shot down an anti-worker right-to-work bill.

The governor’s plan included pushing for cities and counties to establish themselves as local right-to-work “empowerment zones.” Such zones would undermine unions and lead to a decline in wages and compensation.

State Rep. Lou Lang challenged his Republican counterparts on the floor of the House: “You have a responsibility to tell the people of Illinois…what do you stand for? We stand for them! We stand for organized labor.”

The clear message from the House comes on the heels of a recent unanimous ruling by the State Supreme Court which prevented Rauner from cutting pension benefits of government workers.  The Court found that the law violated a clause in the Illinois Constitution that declares such benefits cannot be “diminished or impaired.”