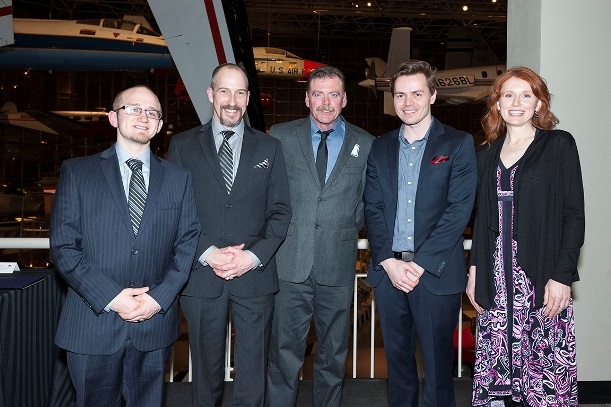 For nearly 80 years, the IAM and Boeing have worked together on an apprenticeship program in the Puget Sound area of Washington State. Six apprentices completed on-the-job training and were recognized with a graduation banquet at the Museum of Flight in Seattle on February 7th.

“These graduates have worked hard over the last four to five years to master their trades,” said Gina Ames, IAM/Boeing Joint Apprenticeship Coordinator. “They spent many hours of their own time in the classroom and they had the opportunity to learn from some of the highest skilled journeymen and women in the world.”

“Remember that somebody taught you and that you truly have an obligation to teach others,” said IAM District 751 Administrative Assistant Jim Bearden. “Knowledge is only good if you’re sharing with somebody.”

Click here to watch the IAM/Boeing Joint Apprentice Class of 2013.