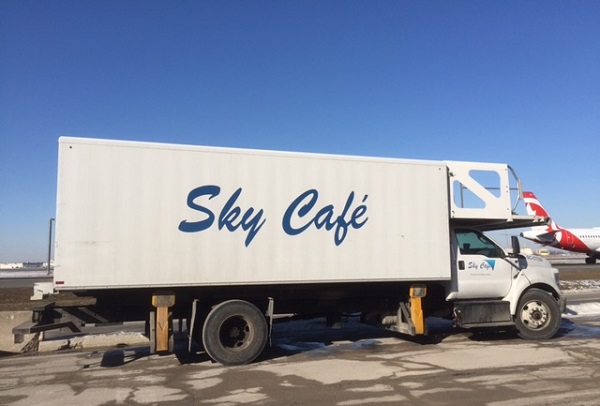 Sky Café employees at Toronto’s Pearson International Airport are one big happy IAM family after kitchen staff joined the Machinists today. The IAM organized 35 drivers at the same company in February of this year.

“Two voting polls were held, one in the morning and one in the evening and I’m pleased to announce that 75 percent of the eligible voters chose the IAM,” explained IAM Transportation District 140 Organizer Sam Jabbar. “The employer put a great deal of pressure on this group who are all women, newly emigrated from South Asia.

“Sky Café offered them a two dollar an hour raise and promised they would get to pick their own schedules if they voted the union out,” explained Jabbar. “Keep in mind, these people are just happy to have a job and receive a paycheck. It was a challenge to educate them about the value of belonging to a union while dispelling company claims that their union dues would be $80.00 a month. I’m glad with the results and look forward to the next challenge of negotiating a new collective agreement for them.”

The 38 kitchen staff employees prepare meals for a variety of airlines at Pearson Airport; the drivers deliver those meals to aircraft.

The IAM is the largest union at Pearson International and the largest in the Canadian air transport sector.