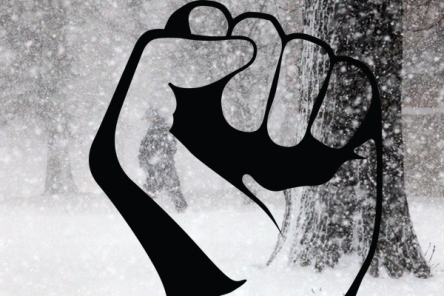 The IAM is proud to welcome 216 new members who overwhelmingly voted “union yes” at the Sierra Army Depot in Herlong, CA. The AECOM employees handle the storage and repair of equipment for the U.S. Army.

“These workers came together; stayed focused on the issues that really matter, and were able to see through company scare tactics,” said Allen. “They have my utmost respect for not backing down in the face of adversity.”

The win for District 725 came amidst several frustrating outside factors which included record snowfall for the area and company threats of layoffs and reduced wages and benefits if the workers were to vote to be represented by the IAM.

“I congratulate and welcome our newest brothers and sisters,” said District 725 President and Directing Business Representative Larry Olinger. “The fact that they overcome such harsh conditions and ultimately voted for union representation by a three-to-one margin shows that this group knows and understands the value of collectively negotiating the terms and conditions of their employment.”

District 725 represents over 7,300 members in the aerospace, defense and manufacturing industries throughout California. They have already welcomed almost 900 new members in 2017.