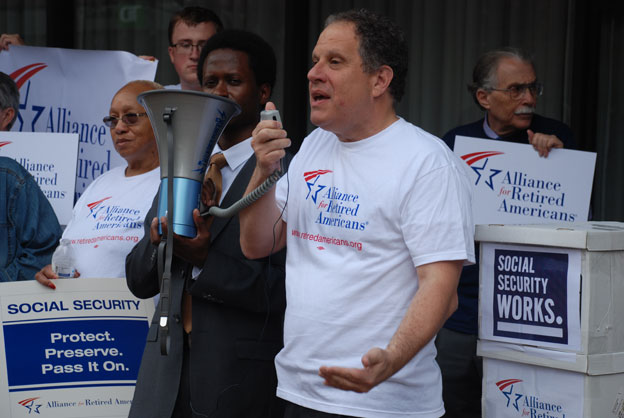 Half-a-million Americans have signed onto a petition by Social Security advocacy groups demanding that the program’s community field offices stay open throughout the U.S.

Union members joined activists from the Alliance for Retired Americans, Social Security Works and others to deliver the signatures to field offices in New York, Ohio, California and Washington, DC.

“We’re here because we can’t afford to cut Social Security services at a time when a huge group of retirees, the Baby Boomers, need them most,” said Rich Fiesta, Executive Director of the Alliance for Retired Americans, before delivering the petitions in Washington, DC. “Closing field offices is especially hard for people who rely on Social Security – the elderly and the disabled.”

Budget cuts brought on by sequestration have prompted the Social Security Administration to target field offices for drastic reductions in hours and staff, or to close them permanently.

Seniors would be hurt the most. More than four in 10 Americans over the age of 65 don’t use the internet. For many people who are disabled and the elderly, especially those in rural areas, closing a community Social Security office could cut off their only lifeline to benefits they rely on the survive. Going to an online-centric system also raises questions about data security and fraud.

“We need to get the word out about this,” said IAM retiree and Alliance for Retired Americans activist Diane Fleming. “Tell people you know, ‘No more office closures.’”