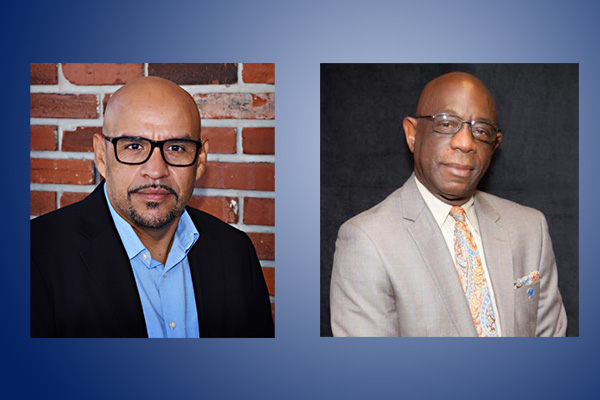 In early March two Florida-based Machinist members won local elections in the Everglades area, a tight-knit agricultural region in the southern section of the state. Mayor Joe Kyles, a District 166 retiree, was reelected by voters in the City of South Bay and Joaquin Almazan, IAM Local 2152 member and legislative representative, was elected to the Belle Glade city commission. The wins also highlight the importance of IAM-offered political training classes that encourage union members to run for office and stress how legislation impacts members’ lives and communities.

“These victories by Brothers Kyles, Almazan and Thompson are together a major step forward for working men and women in South Florida,” said IAM Southern Territory General Vice President Rickey Wallace. “The voices and concerns of organized labor will now have more seats at the legislative table in that region.”

Kyles, who became an IAM business representative in 1990, has a long history in local politics. In 2002 he was elected vice mayor of the town, which has a population of about 5,200. In 2015 he ascended to mayor.

“It feels real good to have support from the residents in the city. They feel I’m doing a wonderful job. They’re very supportive of things that I am doing in the city,” said Kyles. “They have a lot of confidence in me because I will be there for them. I’m the type of mayor that is out in the community.”

Kyles says he wants to improve lives of middle-class families, many of whom work in the local sugar and agriculture industry.

“I want to improve more infrastructure, economic sustainability, affordable housing in the area and bring more businesses,” said Kyles. “It’s about connecting with people and making sure they receive care.”

Five miles away, Local 2152 member Joaquin Almazan was elected to one of five Belle Glade commission seats with 59 percent of the vote. Almazan’s new duties include working with the city’s manager, passing agendas, voting on ordinances and fighting for grant funding in a rural farming community with a population of roughly 20,000.

“It was a solid victory. But it was also a lot of work,” said Almazan. “We asked our union brothers and sisters to support me. It helped having that family and support in the community.”

Almazan, who became an IAM member in 1989, worked his way up the union ranks in the agricultural sector. He currently serves as a community action director with the Sugar Industry Labor Management Committee, a political organization that advocates on behalf of the IAM and local sugar companies.

“Our Union Leadership School at W-3 is always advocating for us to step up. I’m proud of myself for doing it and taking an initiative to run,” said Almazan. “It was a blessing to be elected by the community and the residents. I am thrilled to be able to serve our community and improve the lives of working people in the area.”

Electoral victories by Kyles and Almazan follow a recent win by another local Machinist who resides roughly 30 minutes away in Clewiston, a small farming town with almost 8,000 residents. Greg Thompson, a 30-year IAM member from Local 57, was elected vice mayor in November.

“It’s something I’ve wanted to do for a long time,” said Thompson. “In our community we needed more political representation of working families. So I thought it was important to have someone there with that perspective.”