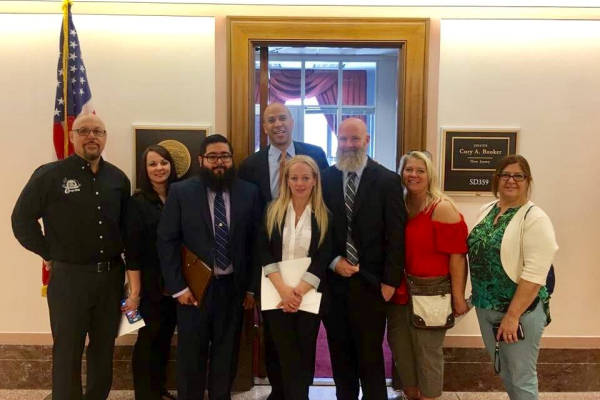 This week more than 90 participants from the IAM Leadership II program at the Winpisinger Center lobbied their members of Congress in Washington, DC.

The group included IAM members in Spanish and English Leadership II classes. With both groups sharing common concerns about legislative issues facing the Machinists Union and its members, their unity and solidarity was on display as they lobbied both houses of Congress.

Since the founding of the Spanish Leadership Working Group in 2006, the IAM has expanded its programs to include Leadership I, II and Advanced Leadership in Spanish.