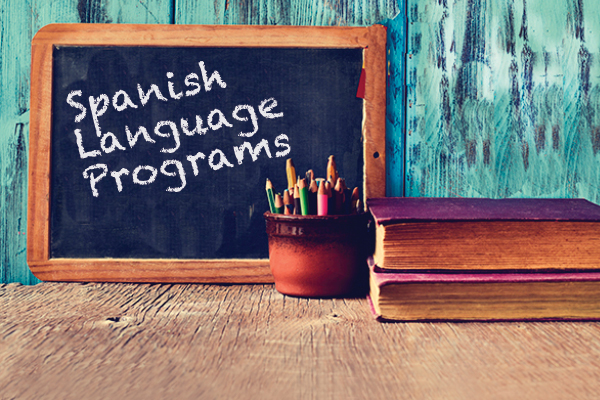 The primary mission of the IAM’s world-class education facility, the Winpisinger Center, is making education available to all Machinists Union members. Current and future officers, activists and members come to Southern Maryland year-round to learn the skills and tools they need to grow and more effectively represent the membership.

That mission is why all of the Winpisinger Center’s leadership programs are also available in Spanish.

“On behalf of the entire membership, I want to recognize and thank Winpisinger Center Director Chris Wagoner and all former and current SLWG members who go above and beyond to educate their Sisters and Brothers who speak Spanish. Their vision, dedication and commitment is unprecedented and recognized by our Executive Council and our membership. This entire union is grateful,” said IAM International President Bob Martinez. “The work they do represents the very best of who we are as an organization and the values that matter most to us—dignity and respect for all working people. I am always impressed by Spanish-speaking members and activists who continue to become more involved in their Locals, workplaces and communities.”

Spanish-language programs at the W3 Center include Leadership I, Leadership II, Advanced Leadership and Train-the-Trainer. Two staff programs, Organizing I and Collective Bargaining, are also available in Spanish.

“Making education more broadly available to our membership is not only entirely consistent with our values as a labor organization, but it also helps us grow and survive in an economy that is characterized by rapid and substantial demographic changes,” said Winpisinger Center Director Chris Wagoner. “As recent Census data shows, the percentage of Spanish speaking workers is large and growing in both size and influence. We must continue to work to actively identify, recruit and enroll Spanish-speaking participants who may be unaware of their union’s educational opportunities.”

“The Spanish program at W3 makes our union that much more inclusive as it brings real value to our Spanish-speaking members,” said IAM Education Representative and SLWG member Edmundo Osorio. “That is important because the very future of the labor movement is dependent on such values. I am excited to be part of this education program.”

“As Latinos rise up the ranks to fill more prominent roles in our communities and our union the Spanish program at W3 provides the education necessary for them to have greater success,” said IAM Education Representative and SLWG member Jorge Bonilla. “As I am also a product of this success, I take great pride in being part of this program.”

Next up is the Spanish Train-the-Trainer Program, to be held August 12-17, 2018. If you have completed Leadership I, Leadership II and Advanced Leadership, you are eligible to participate. Please contact your Local Lodge Officers, Business Representative or General Chairperson for information on how to enroll.