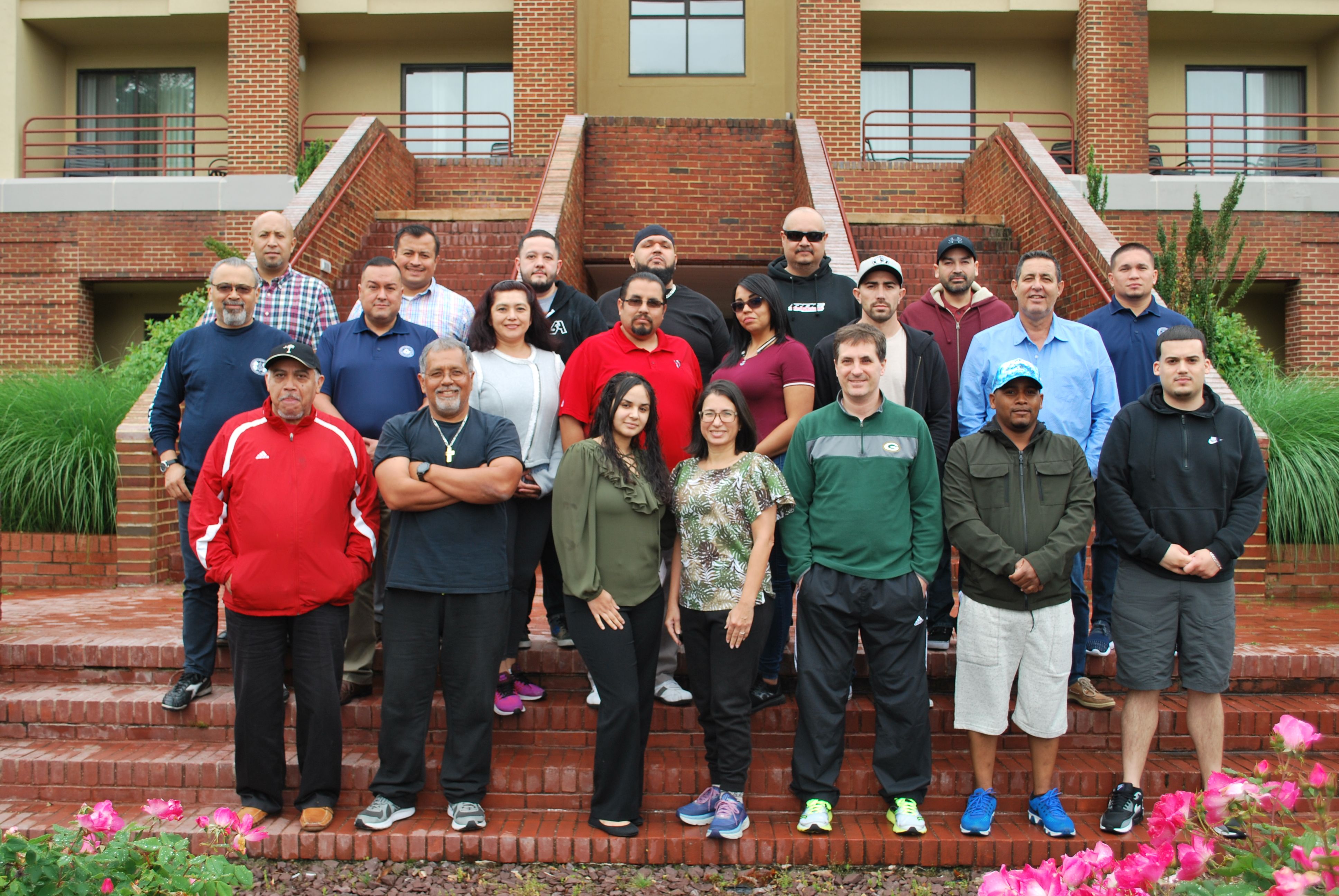 The Winpisinger Center hosted the Spanish Leadership II class May 12 through the 17th at Placid Harbor in Hollywood Maryland. The class participants came in from all over the United States, Canada, and Puerto Rico to begin their second year of education and a transformation towards activism. Upon arrival and orientation, the participants were asked what they had accomplished in their shop, home lodges, or communities since last attending the Spanish Leadership I.

“I am in now active in the organizing committee, hand billing or answering questions about organizing.  Asking people at social events about their work environment, pay, job security and thoughts about organizing and forming a union.  I have also been more active in the community helping people go out and vote and teaching them the importance of voting.  Plans are to run for State Delegate in the fall” said Cesar Gallegos from LL 126 in the Midwest Territory “I can’t stress enough about grasping the Logic of what the union is and what it is.   The Union is every single member being united and having a voice”.

Benjamin Soto from Jamestown, New York stated, “I became a lot more involved in the union since last year’s class, I ran successfully for the position of auditor. I hope to run for Negotiator next time around.  This year I was mainly intrigued by recruitment of new members and how to deal with grievances, I am now in a position where I can use what I learned to help my brothers out”.

The participants were educated on various topics regarding labor education specifically their role in activism and lobbying for workers legislation. They were challenged in simulations preparing for their meetings with their respective Senators and Congressperson on Capitol Hill. The participants lobbied their representatives all day Wednesday of that week and reported their meetings the following day in class.

The Spanish programs at W3 are a great way to tap into the fastest growing sector of workers in the nation. With today’s political environment the Spanish Leadership classes are more important than ever before.

There are three Spanish programs of education remaining for 2019 are as follows:

If you have any questions about the Spanish Leadership Programs or need any additional information, please contact Edmundo Osorio at (301) 373-8814 or eosorio@iamaw.org.