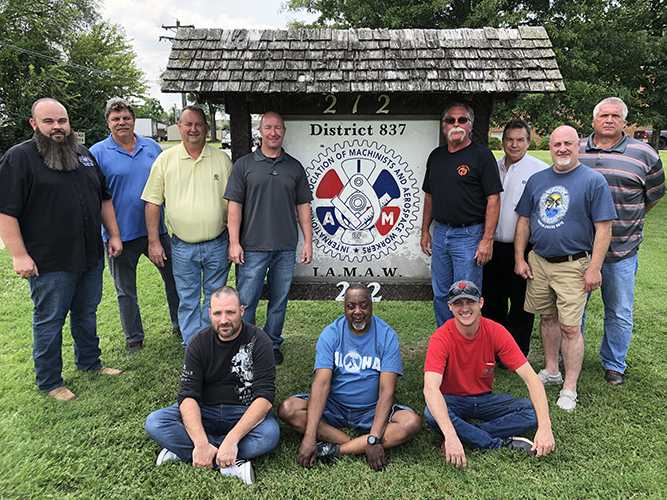 It’s never too early to prepare for future working conditions. Members of IAM Locals 837A and 837B in St. Louis learned best practices for Boeing negotiations next year. The William W. Winpisinger Education and Technology Center’s Field Negotiations Preparation course is one of the most popular classes offered to locals across North America and taking it on the road has been extremely successful.

“I think the instructors are very knowledgeable in what they’re teaching,” said Jason Miles, IAM Local 837A President, “and I believe we’ll be well-prepared to go to the negotiation table.”

Larry Hunter is an IAM Boeing Plant Chairman who has been with the company since 1975. “Without this course, we’d be 100 percent lost,” he said. “We would be at the mercy of whatever the company put across the table. You can never have enough education.”

The Winpisinger Center works with several departments at IAM Headquarters, including Strategic Resources, Legal and Communications to amplify the importance of the roles of members, stewards and negotiating committees.

“I think it’s putting all the tools in the bargaining committee’s hands to make gains for our members and get what they’re owed,” said Chad Stevenson, also an IAM Boeing Plant Chairman.

By the end the week-long course, the bargaining committee developed a plan to ensure that members get a fair contract – one that recognizes the critical role they play in the company’s success. The current Boeing contract expires July 24, 2022.

“Congratulations to the members of IAM Locals 837A and 837B on completing this important step in the Machinists Union’s collective bargaining process,” said IAM Midwest Territory General Vice President Steve Galloway. “The Negotiation Prep program continues to be one of our union’s standout programs. The tools learned throughout this week will go a long way towards ensuring a strong and effective contract at Boeing St. Louis.”