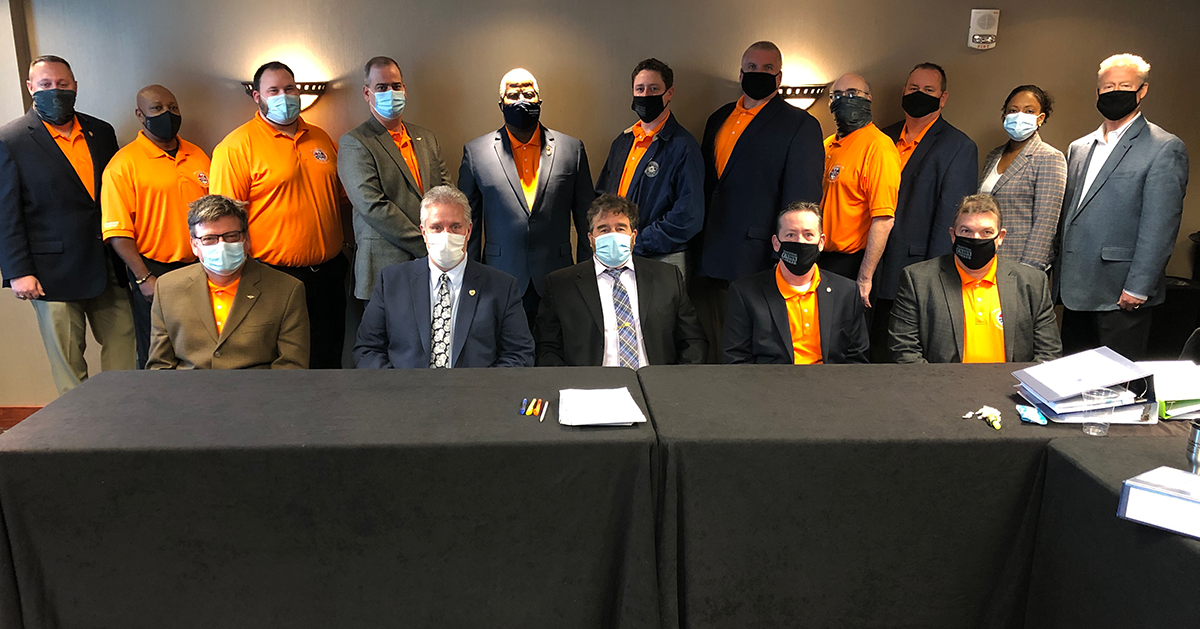 Unity and focus are critical when contract negotiations open, especially while coping with the coronavirus pandemic. Tuesday’s formal opening of negotiations between IAM Local 387 and GKN Aerospace showed how the union is adapting to the challenge head-on, with two members of the Executive Council in attendance.

Local 387 is part of District 837 in the Midwest Territory and represents hundreds of workers at GKN Aerospace in St. Louis, MO. Skilled members craft, design and build some of the most advanced composite, metal parts and assemblies in the aerospace industry.

At the main table, IAM Midwest Territory General Vice President Steve Galloway called the team “well-seasoned and no stranger to the bargaining table.” 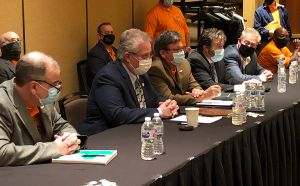 “What happens at this table is top priority for this union,” said Galloway. “Our goal is to emerge from these talks with a contract that is both fair and equitable. Our members were declared ‘essential’ early on in the pandemic. They were expected to show up to work each day, sacrificing their lives and the lives of their families for the greater good and the betterment of our country’s defense industry. And that they did. They were considered essential so we expect to see some essential treatment reflected in this contract. Some thanks and appreciation for our members’ sacrifices and dedication.”

“This is one of the most significant contracts in the aerospace industry,” said IAM Aerospace General Vice President Mark Blondin, who also attended the opening. “We’re looking for fairness here.”

The IAM is asking for fair wages and benefits, affordable healthcare, livable pensions and job security. The negotiating committee is especially interested in eliminating a two-tier wage system so every worker is paid the same wage for the same job classification.

“Our members have the full resources of the IAM at their disposable to get the contract they deserve,” said IAM International President Robert Martinez Jr. “Our power as a union has helped our members at District 837 win and build the most advanced military aircraft in the world. That power is coming to the bargaining table now and I have the utmost confidence in this skilled negotiating team.”

Martinez said that he and the IAM Legislative Department have lobbied Congress to support “Made in America” and “Buy American” in the defense industry’s supply chain, which includes GKN Aerospace products.

The IAM has been bargaining with GKN for the past 19 years. The current contract expires January 24, 2021.