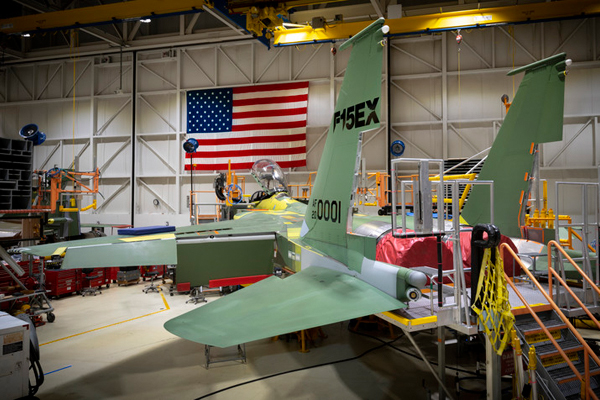 “IAM District 837 members have once again rewarded the U.S. Air Force’s faith in them by producing on time the best aircraft for our great armed forces,” said IAM International President Robert Martinez Jr. “The relaunch of this program will provide future work and jobs for the Machinists Union. When our country needs the best workers to build aircraft to protect our country, they call on the Machinists to deliver.”

“The completion of the first two fighter jets is a testament to the hard work and diligence for which District 837 Machinists are known,” said IAM Midwest Territory General Vice President Steve Galloway. “This is only the start as this contract will provide our members with work for many years to come. I congratulate the skilled workers of District 837, IP Martinez and our Legislative team for bringing this program to fruition.”

“I couldn’t be more proud of our District 837 members for their unparalleled work in building these aircraft,” said IAM District 837 Directing Business Representative Earl Schuessler. “Special thanks to International President Bob Martinez, Midwest Territory General Vice President Steve Galloway, the IAM’s Legislative team and all those who fought for this opportunity. It was truly a collective achievement.”

In July, the Air Force awarded its first contract for the updated fighter, a $1.2 billion contract for eight jets. The contract was a result of the IAM’s congressional advocacy for Machinists Union members to build the fighter jets. In December, Congress passed a budget which includes funding for an additional 12 fighter jets, with U.S. military plans calling for as many as 144 in coming years.

Boeing has boosted employment on the F-15 line to about 1,500 direct workers, up from about 1,100 two years ago, and adding about 100 in the last few months alone to begin filling the U.S. Air Force order.