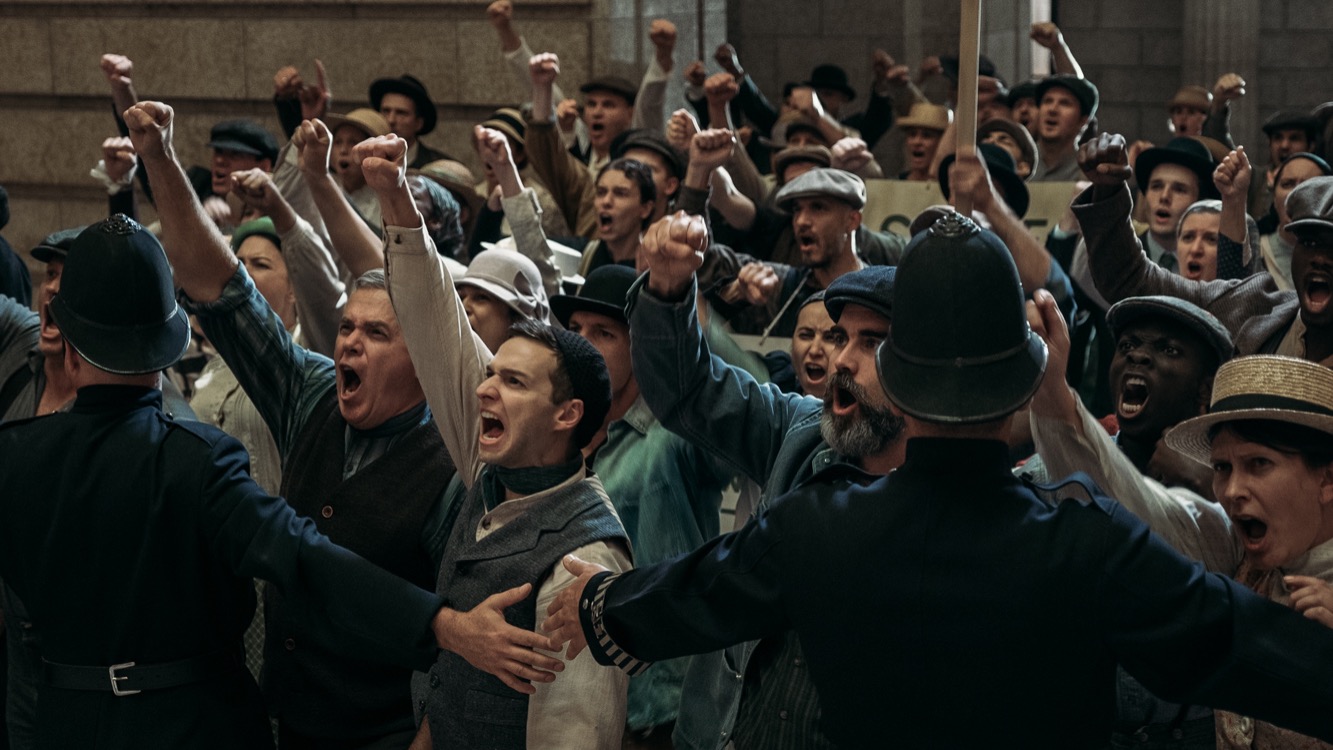 A movie musical commemorating the Winnipeg General Strike of 1919 premieres in the United States December 1 and union members throughout the country will be able to take part in the exclusive one-night only-event. Locals, districts and state federations plan to watch the movie together at theaters in 46 states, with COVID-19 safety guidelines in place at each location.

STAND! is an immigrant love story that takes place just after the end of World War I.  Stefan and his father Mike flee the Ukraine for the New World, where they struggle to earn enough money to reunite their family. Stefan immediately becomes attracted to Rebecca, his Jewish suffragette neighbor, but her brother and his father object.

Soldiers returning from the war are angry about the lack of job prospects and threaten the city’s immigrants, including Emma, a refugee who left racist violence in Oklahoma. Talk of a strike begins to spread among the factory workers and viewers get to see them meet to discuss the work stoppage, while overcoming fear, retaliation and traditional expectations. A wealthy lawyer even pits everyone against each other as they take a dramatic and inspirational final stand.

The movie was produced by Danny Schur and directed by Robert Adetuyi, who will appear on a special edition of Activate L!VE November 18 to preview the movie and its U.S. premiere.

For information about group tickets for your local, district, state federation or labor council, visit www.stand-movie.com. Participating theaters will show the movie in almost every state.