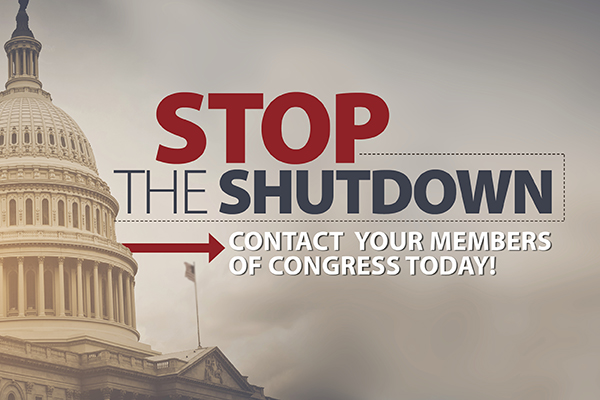 The government shutdown is now in its third week. And IAM members are still feeling the pain. More than 800,000 federal workers and contractors, including thousands of IAM and NFFE-IAM Federal District 1 members, are affected by this ridiculous government shutdown.

Please sign the IAM’s petition asking Senators to push Senate Majority Leader Mitch McConnell to bring a vote to the Senate floor to reopen the government.

And on Thursday, January 10, 2019, a rally to stop the shutdown will be held at the AFL-CIO headquarters in Washington, DC.

“This political game must end now,” said IAM International President Bob Martinez. “The government shutdown is causing damage for too many working families and our nation’s economy. I urge Senate Majority Leader Mitch McConnell to bring a vote to the floor ending this unnecessary shutdown immediately.”

IAM member Ed Grabowski and other IAM members from IAM District 166 recently spoke to Orlando WFTV-ABC to discuss the effects of the shutdown.

“Just in a numbers sense, we get paid biweekly, so that’s 26 paychecks a year,” said Grabowski, a senior logistical specialist who works for a smaller NASA contractor. “Every paycheck we miss is 3.8 percent of our pay for the year which is lost. So if we go another two weeks, that’s 7.5 percent of our pay.”

SIGN THE PETITION: Tell your Senators to end the shutdown now.