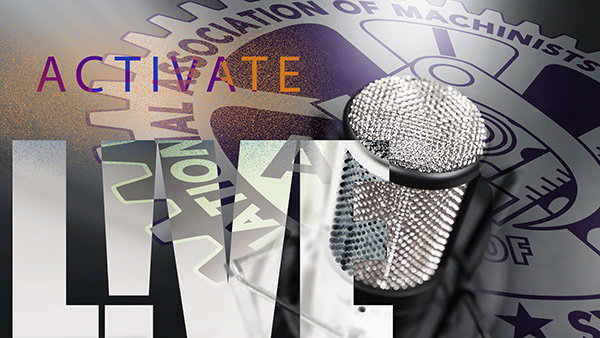 Join the IAM’s live studio webcast of Activate L!VE Wednesday, April 11 at 3 p.m. Eastern. This week’s show will bring you up to date on what’s going on in the IAM.

Guests will include District 751 President Jon Holden talking about a new group of IAM members at UTC Aerospace Systems in Everett, WA, who build landing gears for Boeing aircraft.

Watch this week’s show live on: