Striking Local 708 Members Back to Work 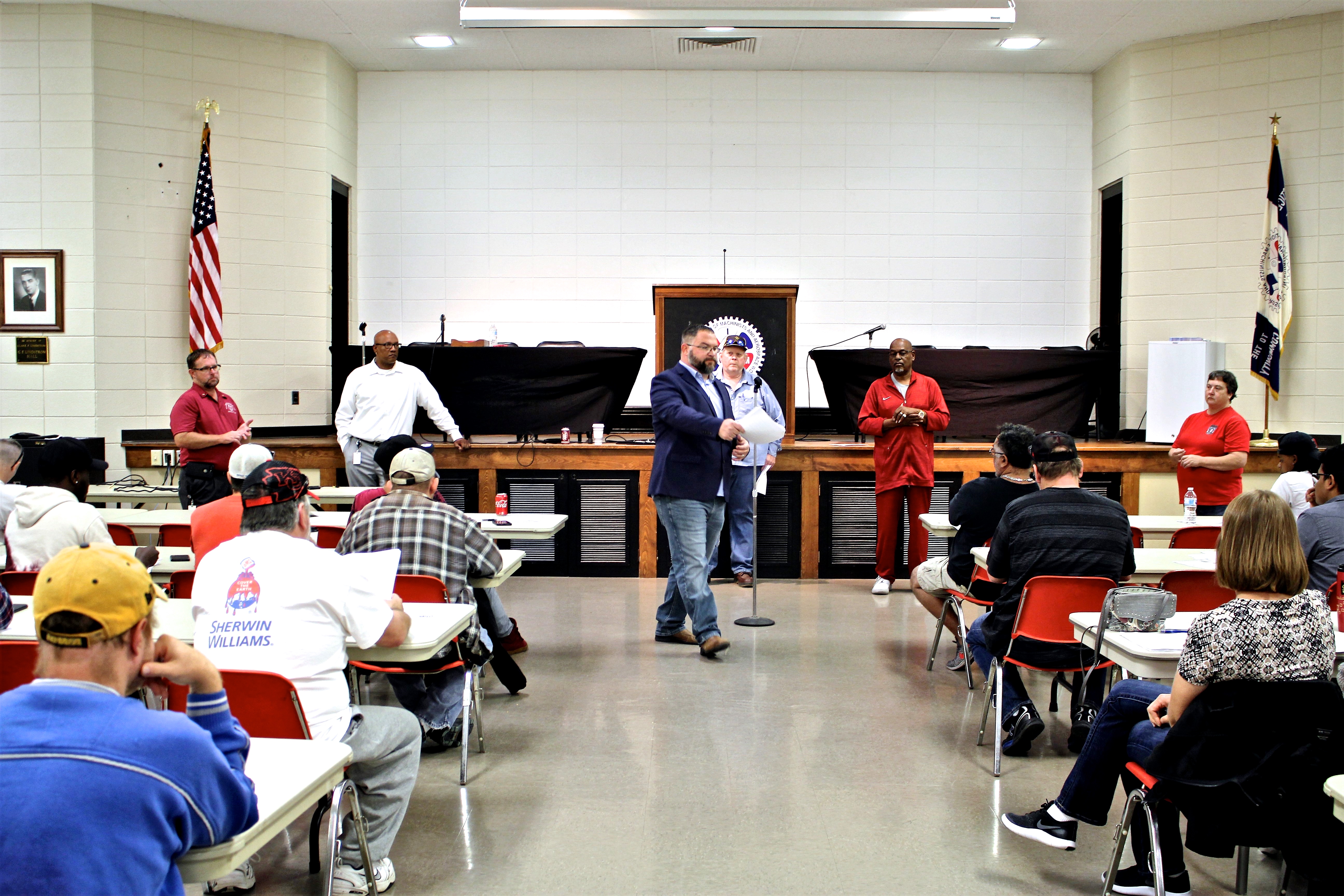 “The members of Local 708 stood in solidarity and were able to obtain several gains in their agreement,” said Chief Negotiator Tyson Kelly. “We do not arrive at the bargaining table to negotiate strikes; we are there to bargain for reasonable agreements and that is what we were able to achieve for our brothers and sisters at Sherwin-Williams.”

On the nineteenth day of an unfair labor strike against the paint company in Andover, KS, local and district negotiators presented a tentative agreement to the courageous striking members of Local 708 who voted to ratify the new four-year agreement. Machinists returned to the shop floor on Monday, October 21, 2019.

“I am very proud of our union family at Local 708.  By voting to strike, their actions spoke louder than words ever could,” said President and Directing Business Representative Cornell Beard. “Their courage, determination and solidarity are by definition what it means to be a Fighting Machinist in the 21st century.”

Highlights of the new collective bargaining agreement are increases in wages of more than 10% in each category, implementation of a union-appointed safety advocate per shift, double the amount of rest periods for a twelve hour shift,

plant-wide safety wash periods and a 15% overall increase in benefits. In addition, the members also agreed to a return-to-work agreement, ensuring they are restored to their previous classifications and status without any interruption in benefits. This is the first time since 1972 Machinist members have made the difficult decision to go on strike at Sherwin-Williams in Andover.

“The members at Local 708 made the toughest decision a union person will make when they voted to strike.  But this is what solidarity looks like and why it matters.  Standing strong and together, these members were able to fight for stronger safety measures and increased benefits that will make sure they are able to return home safe and sound to their families at the end of the day. I congratulate Local 708 on their fortitude and this contract that will provide them with a better quality of life,” said IAM’s Southern Territory General Vice President Rickey Wallace.