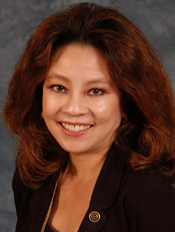 The U.S. Senate has confirmed President Barack Obama’s nomination of Susan Tsui Grundmann to serve as Chairwoman of the Merit Systems Protection Board (MSPB).

Grundmann, who graduated from American University and earned a law degree at Georgetown University, has been general counsel for National Federation of Federal Employees (NFFE)-IAM Federal District 1 in Washington, D.C., since 2002.

The MSPB is an independent, bipartisan agency tasked with upholding the merit systems under which federal employees work. The mission of the MSPB is to protect federal merit systems and the rights of individuals within those systems.

“Susan is a seasoned veteran and the perfect choice to head up the MSPB,” said IAM Government Employees Director Frank Carelli. “ The antagonistic attitude of the Bush-appointed MSPB toward whistleblowers and federal employees has finally come to an end. Because of Susan’s experience in the federal sector, she will restore fair play for workers at the MSPB.”