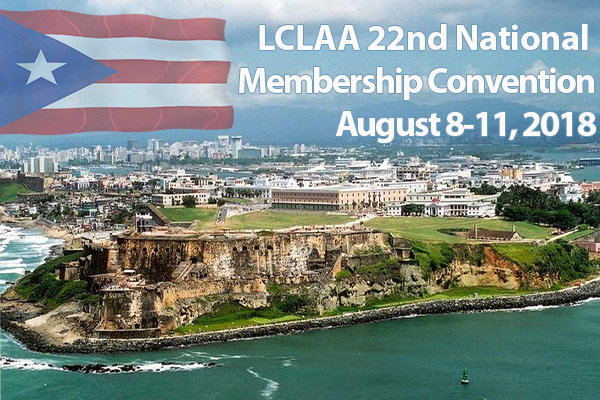 The Labor Council for Latin American Advancement (LCLAA) is hosting its 22nd National Membership Convention in San Juan, Puerto Rico at the Intercontinental Hotel from August 8–11, 2018.

IAM International President Bob Martinez proudly serves as a vice president of LCLAA and will be actively involved in this year’s convention. He is encouraging all good-standing members to attend.

“This year’s convention is especially important because of the crisis still being faced in Puerto Rico after the damage caused by Hurricane Maria,” said Martinez. “It is more critical than ever for us to stand united with working families of Puerto Rico.”

Conference delegates will strategically work on the priorities of Latino and immigrant workers in the nation. Topics will include protecting workers rights, public education, immigration, organizing and civic participation, including the Puerto Rican brothers and sisters that left the island.

As part of LCLAA’s advocacy work to support the island’s people, they will create a space in the convention program for members to conduct relief efforts in communities that remain affected by the hurricane. They will also host a strategic discussion with other national organizations, unions, student and community groups about the work needed in Puerto Rico, the future of families, and how to work together to bring national attention to these needs.

LCLAA is an AFL-CIO constituency group that represents the interests of approximately 2 million Latino trade unionists throughout the United States. Central to its mission is bringing together union members in solidarity, regardless of race or ethnicity.