Taking Care of the Machinists at Boeing 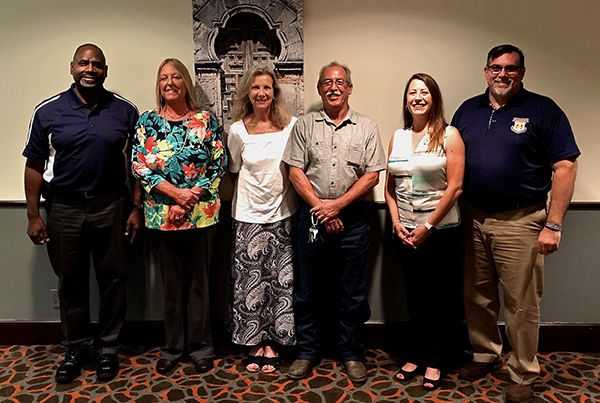 In 1936, the IAMAW signed its first contract with Boeing in Seattle. Little did anyone know this relationship would last for nearly a century.

“The Machinists Union and Boeing have become synonymous with a defining product that has changed the industry across the U.S. We are proud of that relationship and the work our members at this company turn out each and every day,” said IAM Southern Territory General Vice President Mark A. Blondin who is a perfect example of this partnership.  He spent nearly half of his forty years as an IAM member on the Boeing shop floor before joining the Machinists’ team full-time and has seen what can be accomplished when we work together.

So it only makes sense that the men and women who work for Boeing on the T-38C Avionics Component Integration Program are Machinist members, who just recently negotiated another strong IAM contract.

Aerospace Coordinator Mark Johnson who works with Boeing facilities across North America explained the new contract needed to reflect the expertise found amongst these workers.

“Spread across six locations, these hard-working Machinist members are Material Coordinators and Field Service Technicians and experts in their field,” explained Johnson. “Through their work, they have shown time and time again what it means to be the best at what they do. And this contract helps to take care of them and their families as they have taken care of the Boeing program over the years.”

After voting ‘yes’ to this agreement, workers will now enjoy a 3 percent wage increase and a $1,000 bonus in the first year with additional wage increases over the next two years. The negotiating team was also able to secure an increase for second shift workers which is a new addition to the contract. Covered in this agreement are workers from Boeing sites in Mississippi, Oklahoma, Texas and Maryland.

“I am very proud of this negotiating committee. Even though the Machinists Union has had a relationship with Boeing for decades, that in no way means bargaining will be an easy feat. This committee stood together, against a major corporation, and always kept in mind they were there on behalf of the membership. Never did they lose sight that it’s the working men and women on the shop floor who deserve a strong contract,” said Southern Territory Grand Lodge Representative Tony Wirth.