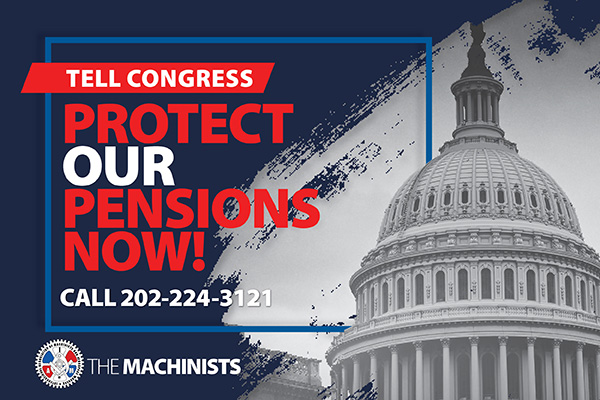 The Machinists Union is fighting to save troubled multiemployer pension plans while fully protecting the earned and vested benefits of current and future retirees. While the IAM pension plan is financially sound, the Pension Benefit Guaranty Corporation (PBGC) estimates that over 100 multiemployer pension plans, covering more than 1 million participants, are in “critical and declining status” and will become insolvent within the next 20 years.

The best solution to accomplish this goal is to pass the Rehabilitation for Multiemployer Pensions Act of 2019 (H.R. 397), better known as the Butch Lewis Act.

Here’s how you can take action:

The Butch Lewis Act, introduced by Rep. Richard E. Neal (D-MA), would offer federally subsidized loans to multiemployer plans in danger of becoming insolvent. It would also maintain the health of well-funded multiemployer plans and adequately fund the PBGC, without making any cuts to the earned benefits of current or future retirees. Plans would invest the money from these loans and use the investment earnings to pay retiree benefits and improve the plan’s financial health.