Tell the House of Representatives to Pass the American Rescue Plan 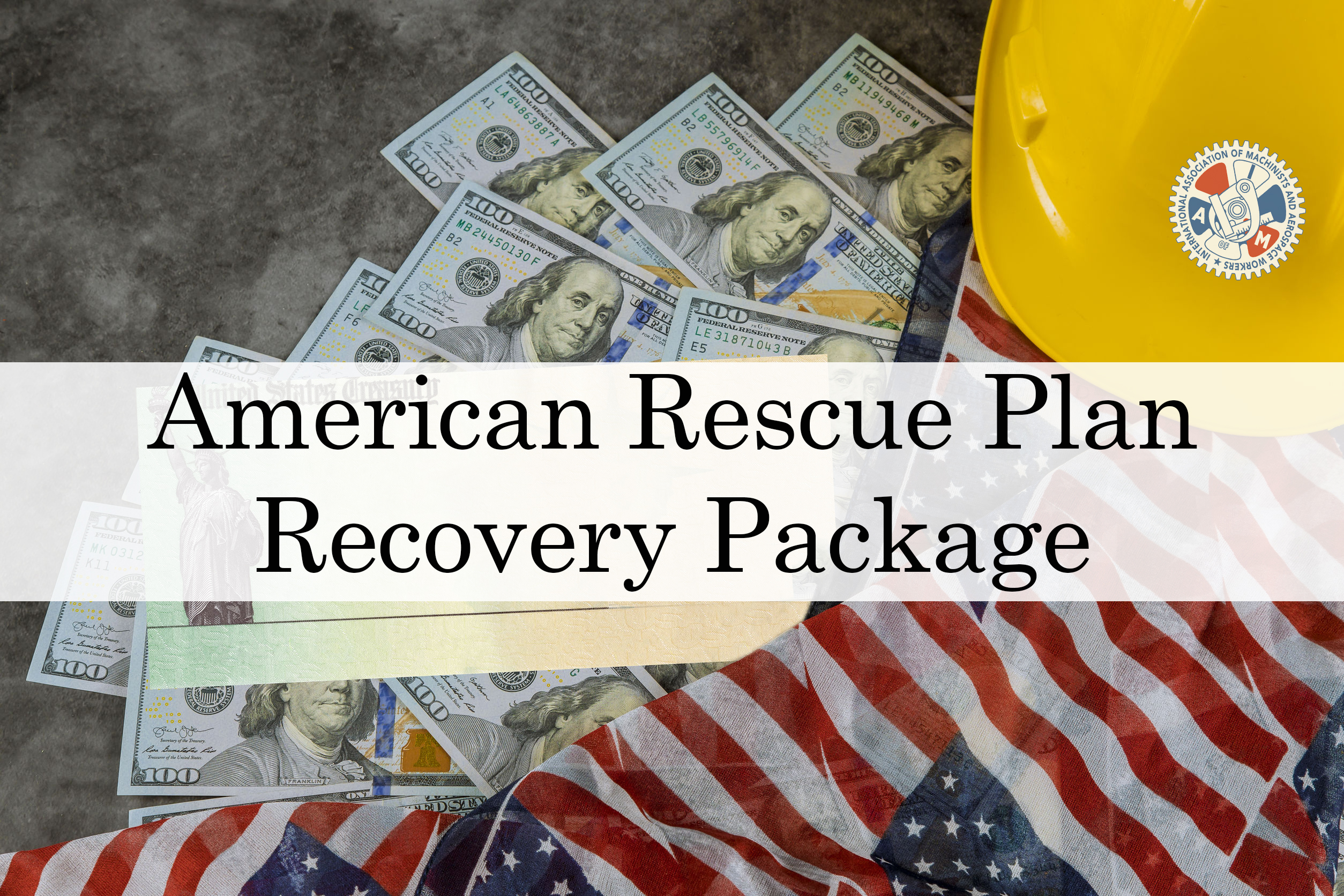 The IAM is urging the House of Representatives to vote “YES” on a much-needed relief package that would help IAM members and all working people recover from the COVID-19 pandemic.

“The American Rescue Plan contains a number of key recovery provisions that the Machinists Union has supported since the outbreak of the deadly virus to help struggling workers nationwide,” IAM International President Robert Martinez Jr. wrote in a letter to House Representatives. “The recovery package also includes vitally important aid to struggling industries which will allow employers to avoid furloughs and call back workers who have already been laid off”

The package includes the following relief measures, fought for by the IAM: