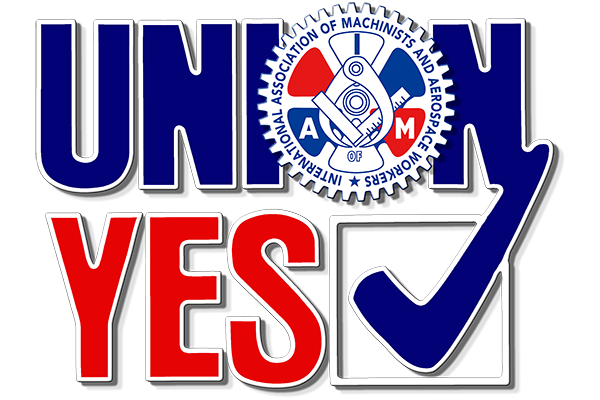 “Many of these workers were union members while working on the Boeing KC-135 simulator program at the same facility. But when they were hired to work on the new KC-46 simulator program, it was a non-union shop and they were paid half as much for a much heavier workload and more responsibilities,” said District 4 Assistant Directing Business Representative George Edwards. “By forming a union, these workers will have the collective strength to win fair wages for the valuable work they perform. The evidence is clear, if you want better pay, benefits and working conditions, forming a union is the most effective way to make it happen.”

“These technicians had prior experience working under the Service Contract Act,” said Eastern Territory General Vice President James Conigliaro Sr. “They knew their best bet to improve their working lives was choosing the union with the most experience under the SCA, the IAM.”