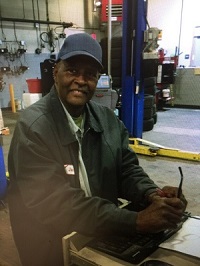 IAM member John Snoddy lost his short battle with cancer on the morning of Thursday, October 6 at his home in Alexandria, VA. He passed alongside his loving wife Sherry.

Snoddy was always willing to share his wealth of knowledge about the labor movement to anyone willing to listen. He stood up for IAM values—justice on the job, service to the community—whenever necessary.

“Brother Snoddy diligently served the IAM, and our members, for more than four decades,” said Eastern Territory General Vice President Jimmy Conigliaro, Sr. “He was a true trade unionist dedicated to spreading union values to everyone he met. Our thoughts and prayers go out to his wife and family. He will be dearly missed.”