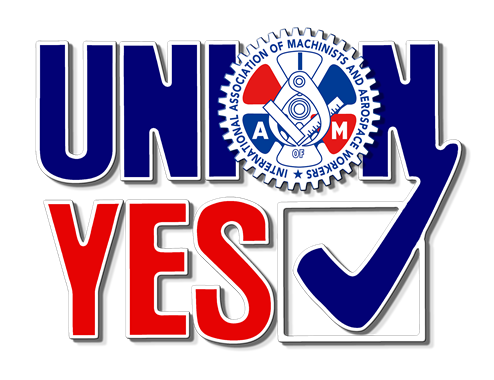 The IAM Midwest Territory welcomes employees of Accent Controls in Fort McCoy, WI, the latest group to vote “IAM Yes” in an organizing campaign to bring workers better pay and benefits on the job.

The 37 new ammunition supply workers and mechanics voted to join the IAM on February 15. They ratified a pre-negotiated contract two days later.

Thanks to, both, their new IAM membership and new IAM contract, the members will see as much as a 25 percent pay increase over their current wage rate, plus a difference of 75 cents more per hour for health and welfare. They now also have an IAM pension.

Prior to becoming union members, the group had not received a pay increase in eight years.

“This is a textbook example of what a union can do for the working class,” said IAM District 66 Directing Business Representative (DBR) Neil Kamrowski. “When people vote to join the IAM, we fight for better lives for them as members – and, in turn, their families.”

“As a lone business representative for District 66, I could not have done the work of organizing without Bob,” said Kamrowski. “He should be commended for his efforts in helping out the district over the past two years.”

The new District 66 members are joining three other groups of IAM members under the newly ratified contract.

“Congratulations and welcome to the newest members of IAM District 66,” said IAM Midwest Territory General Vice President Philip J. Gruber. “The decision to take control of your future, your pay, benefits and workplace standards by joining a union is one of the most powerful and best decisions you could ever make for yourself and your family. Your IAM contract will go a long way toward bringing you economic security. We welcome you to the IAM family and hope you will actively join us in spreading the word and educating others about the benefits of IAM membership.”