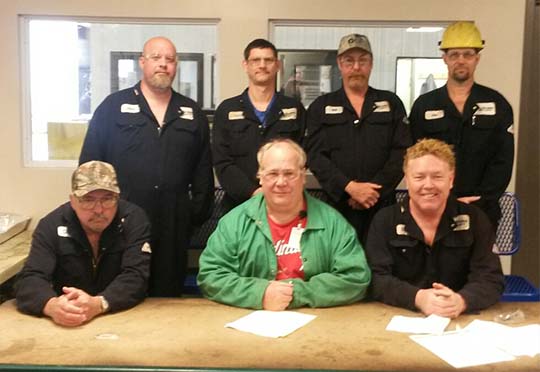 There are several unions at the plant and both the IAM and Carpenters filed grievances on the overtime issue. That being that the company was handing out overtime to the wrong classification.

Meditation did not solve the issue.