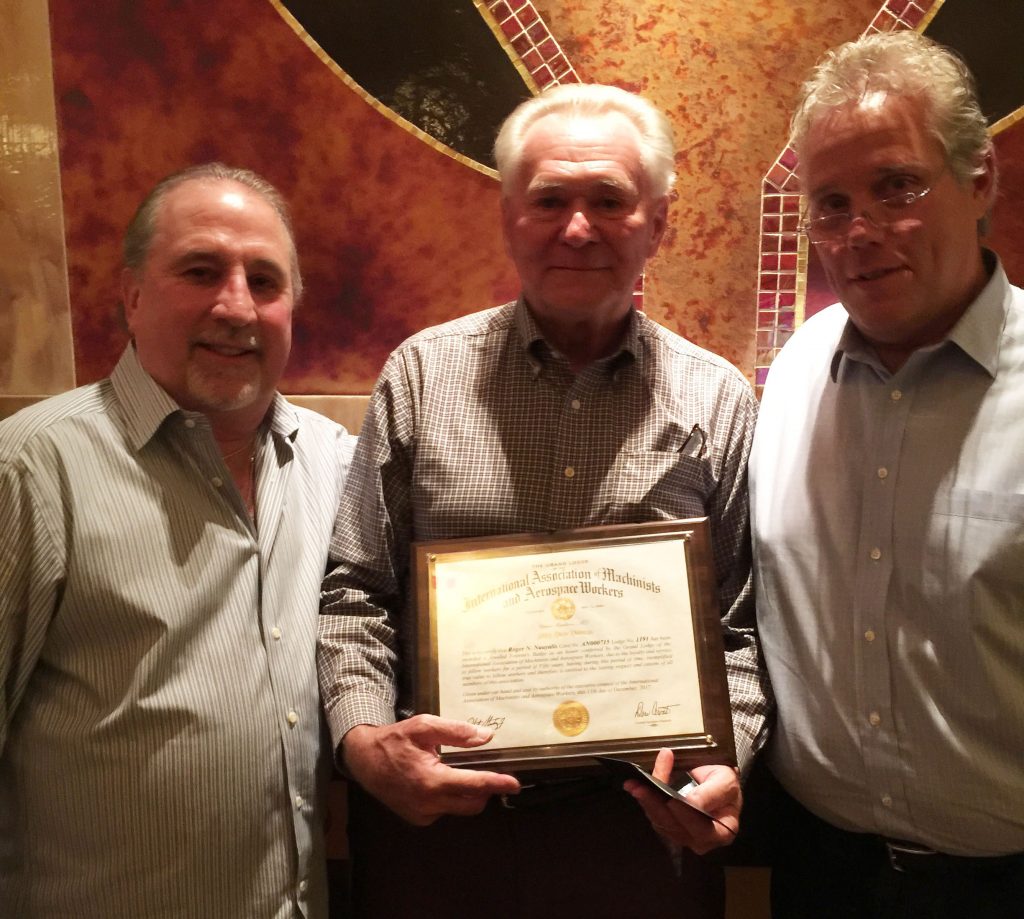 Roger Nauyalis initiated into the IAM in 1967 when he began working as an electronic technician at a Gulf & Western plant in Moline, IL. He served as a Steward, Chief Steward, Shop Chairperson, Local Lodge Officer and District Lodge Officer and was elected as a Business Representative in 1972. Nauyalis was appointed to a Grand Lodge Representative in 1978. In July 2006, Gruber called upon Nauyalis to serve as his Administrative Assistant. He served in that capacity until his retirement in 2010.

“It is with great honor that I present Roger with his 50-year IAM member gold card, certificate and pin,” said Gruber. “Not only is Roger my former Administrative Assistant, but he’s also a friend. At 72 years old, he’s dedicated more than half his life to the labor movement. He’s a true Journeyman in every sense of the word. Thank you Roger for your 50 years of service to our great union.”