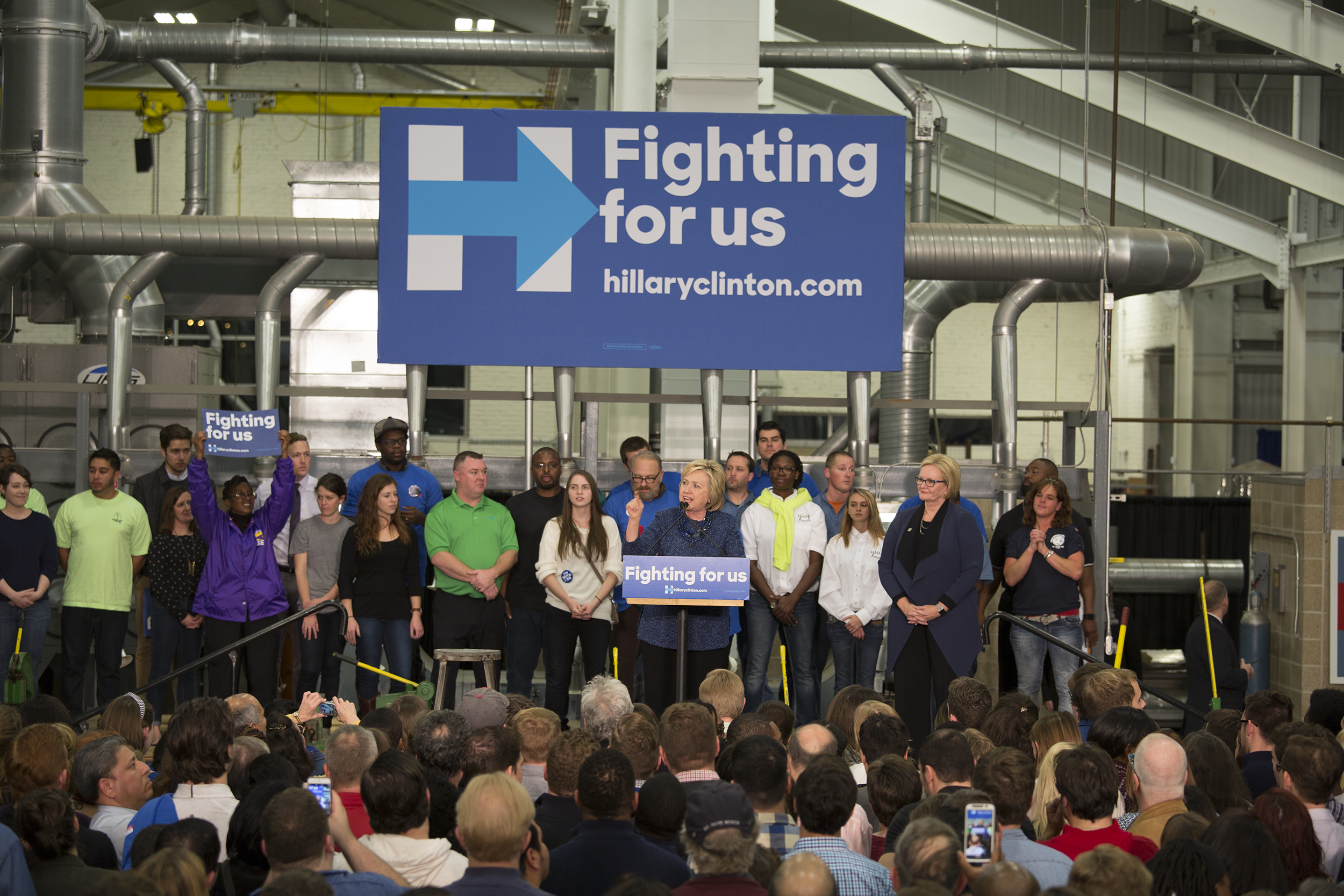 If you want to rebuild the American middle class – support the American labor movement, said honorary IAM member and presidential candidate Hillary Clinton to a roaring crowd of union members in St. Louis.

“You have to support the American labor movement and the work they do fighting for fair wages and good benefits,” declared Clinton as she laid out her economic agenda while standing before hundreds of union members in the center of a Sheet Metal Workers training facility in the heart of the “Gateway City.”

“It was a pleasure to hear the presidential candidate once again declare her support to the men and women most deeply vested in this election,” said IAM Midwest Territory General Vice President Philip J. Gruber. “It’s the reason why she has garnered IAM support this election cycle. The American labor movement has always been the foundation on which this country’s economic superiority was built upon. Labor unions are the blueprint to economic stability and the American Dream.”

The IAM, with over 600,000 active and retired members, was among the first major unions to throw its support behind Hillary Clinton’s 2016 presidential bid.

Clinton’s agenda was packed with policies that the former Secretary of State and First Lady says just simply “work.”

“Our economy does better when we have a Democrat in the White House,” she said. “[The Republicans’] answer to any economic question is ‘Well, we’re going to cut taxes on the wealthy. We’re going to get out of the way of corporations.’ You would think the American people would collectively say, ‘Been there. Done that. We’re not going back.’ But that’s what this election will decide.”

Clinton’s agenda includes the creation of an advanced manufacturing plan she promises will bring a much-needed re-birth to American manufacturing – including in the Midwest, part-home to the United State’s once-powerful industrial sector.

“I want the United States to be the center, the driver of advanced manufacturing. And there are so many opportunities right here in the Midwest to do that,” said Clinton. “I want us to have a manufacturing renaissance tax credit so that we can bring jobs back from overseas. We give investment and tax benefits to American companies that want to put jobs in America.”

“I don’t know about you,” continued Clinton, “but I’m getting sick and tired of American companies that take advantage of all the benefits of our country and don’t do their fair share to pay back and create opportunities for the future.”