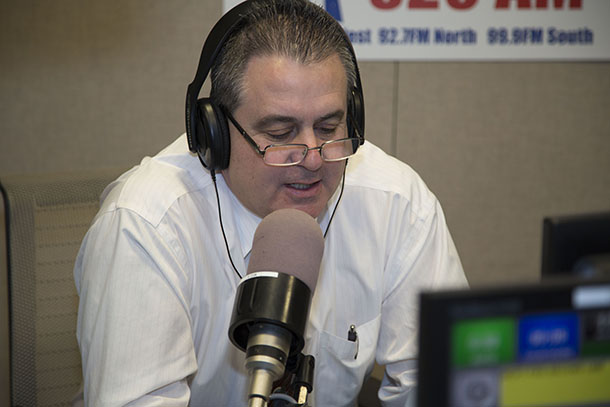 IAM Automobile Mechanics’ Local 701 is taking labor’s message to the radio with a 60-second commercial on the benefits of joining a labor union.

Listen to the commercial spot now.

The ad, voiced by IAM Local 701 Directing Business Representative Sam Cicinelli, will run for 13 weeks – from February 29 to May 27, 2016 during the primetime hours of 7 am through 6 pm (CST) weekdays on your local progressive radio station.

“Across our country the middle class is in crisis,” states Cicinelli in the commercial. “This is quite evident right here in Illinois where our governor wants to eliminate the middle class by deconstructing unions instead of governing our state in the right direction.

“It is said that a rising tide lifts all boats. With economic disparity at an all-time high, working men and women find themselves having to fight on their own to survive, instead of working together for the common goal – that goal being a stronger middle class.

“We shouldn’t be forced to accept sub-par contracts or working conditions, nor should we sacrifice our values in an attempt to survive by being thankful to simply have a job. We are better than that. A strong union presence guarantees a strong middle class.”

IAM Local 701’s commercial will be followed by a live on-air interview with talk radio host Bill Press of The Bill Press Show at Chicago’s WCPT radio station from 6 am to 8 am (CST) on March 10, 2016.

“Local 701 had an opportunity to sponsor a live Bill Press ‘Get Out the Vote’ broadcast being held here in Chicago, which includes 15 sixty-second commercials for five weeks, and 10 sixty-second commercials for the remaining nine weeks, a live interview, and several mentions and sponsorship tags throughout the show and in the week’s leading up to the live taping,” said Cicinelli. “We jumped at the opportunity which will ultimately assist us in organizing and getting our message out to folks we see as future, potential IAM members. It also gives us street presence and recognition with our current Union members.”

“The Midwest Territory is actively looking for new ways to organize and get our message out to more workers and their families,” said IAM Midwest Territory General Vice President Philip J. Gruber. “With the right message, we can educate everyday Americans on the benefits of union membership and tell them exactly how they can get started.”

Tune in to The Bill Press Show on March 10, 2016 from 6 am to 8 am (CST) to hear Cicinelli live. You can listen live online or on your local progressive radio station.

And then tune in from February 29 to May 27, 2016 during the hours of 7 am through 6 pm (CST) weekdays to catch IAM Local 701’s commercial on the benefits of union membership. Listen to the commercial spot here.