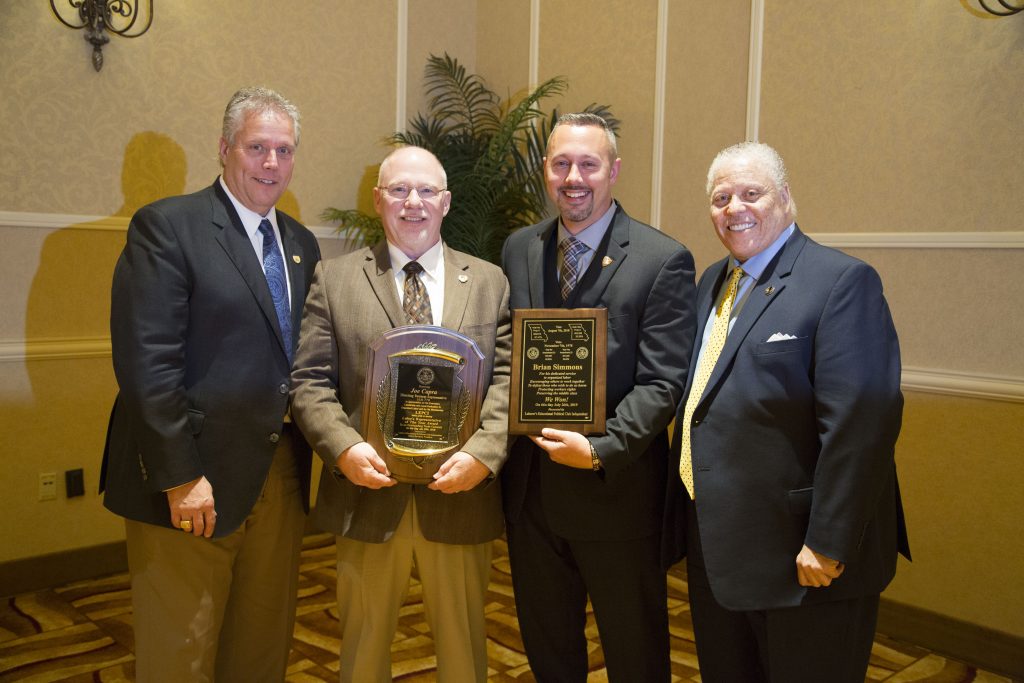 “Congratulations Joe and Brian on your much-deserved 2019 LEPCI awards,” said IAM Midwest Territory General Vice President Steve Galloway, who served as a speaker at the awards event and helped hand out awards. “Every one of tonight’s honorees have dedicated themselves to the labor movement and their communities – above and beyond their share. Their passion and commitment to helping others is truly inspiring. As we honor tonight’s award recipients for their excellence and hard work in the fight, let us each resolve to ignite their sense of purpose within ourselves – and organize. There’s still a lot more work to do in the fight for workers’ rights.”

Joe Capra was honored for his 41-years of dedication to Kansas City labor and his most recent work in handling the closing of Kansas City’s Harley-Davidson plant which effected more than 800 IAM members.

Capra initiated into IAM Local 778 while working for Yellow Freight Systems in April 1978. He was the youngest shop steward at the age of 25 years old. In 1984, Capra was elected Recording Secretary. He was later fulfilled roles as Secretary-Treasurer and President. In 1987, he became Recording Secretary for former IAM District 71 and then Secretary-Treasurer in 1998. In 1999, Capra was appointed full-time Business Representative for Local 778. He then became Directing Business Representative in 2002 and then re-elected to the position again in 2012. Capra has also served as Vice-President to the Missouri State Council of Machinists and Executive Board member to the Missouri AFL-CIO.

“It was an honor to receive the award for LEPCI’s ‘2019 Labor Representative of the Year,’” said Capra. “Thank you to the IAM leadership and staff, which has given me full support to succeed.”

Brian Simmons was honored for his work in fighting back against the Right to Work laws that have been a renewed priority in the Missouri legislature the last few years. In 2017, he worked on the campaign that gathered 310,568 signatures to secure ballot placement. He was a regional field director for the We Are Mo campaign, whose efforts led to 67 percent of Missouri voters defeating Proposition A in 2018.

Simmons joined IAM Local 778 in July 2008 while working for Honeywell FM&T. During his time with the Local he held the positions of Steward, Legislative Committee Chair, Trustee and Recording Secretary. He has been a delegate to the Greater Kansas City AFL-CIO Central Labor Council, the Missouri State Council of Machinists, the Midwest States Council of Machinists, and the Chair of the Greater Kansas City Union Veteran’s Council. Simmons retired from the Missouri Air National Guard on December 21, 2018 after 20 honorable years of service. He was appointed to the position of IAM Midwest Territory Special Representative in February 2019.

“Last year, Missouri Labor sent a loud and clear message by defeating Proposition A,” said Simmons. “When we work together, we can overcome attacks on organized labor. Sixty-seven percent of the electorate, union and non-union alike told the Republican controlled legislature and the Governor that we won’t allow Right to Work to become the law of the land here in the Show Me State.  I’m thankful for the opportunity to have been a part of this historic victory!”