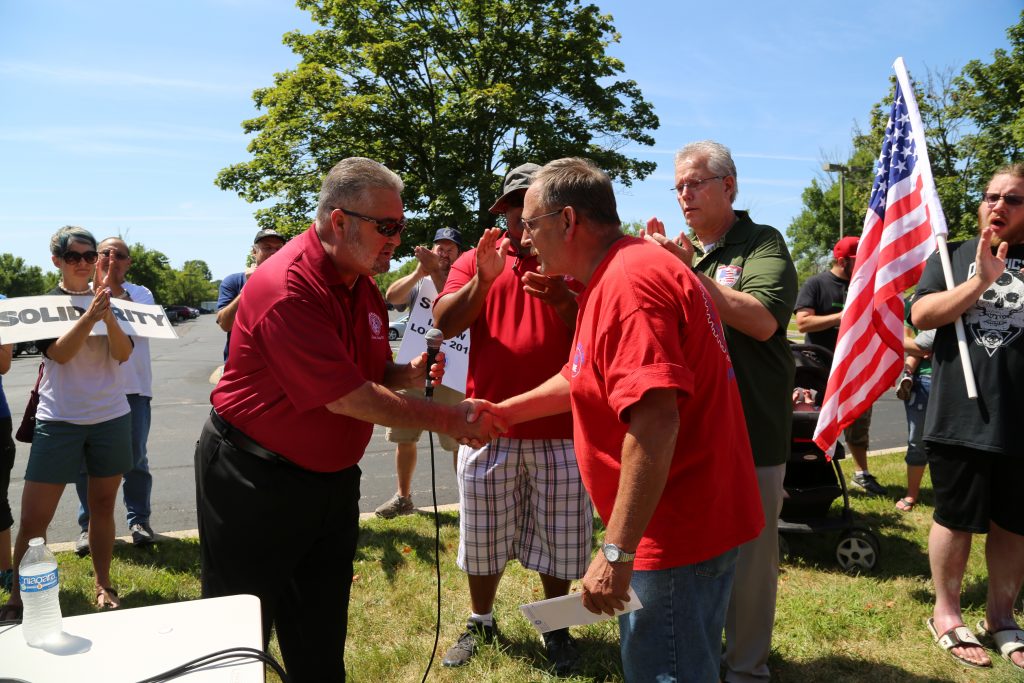 Members of IAM Local 2018 were greeted by IAM International President Bob Martinez and IAM Midwest Territory General Vice President Steve Galloway on the strike line at Regal Beloit in Valparaiso, IN Friday. Martinez and Galloway presented the Local with a check for $10k in support of their efforts.

The more than 100 members of IAM Local 2018 have been on strike for affordable health care and better wages for more than five weeks. 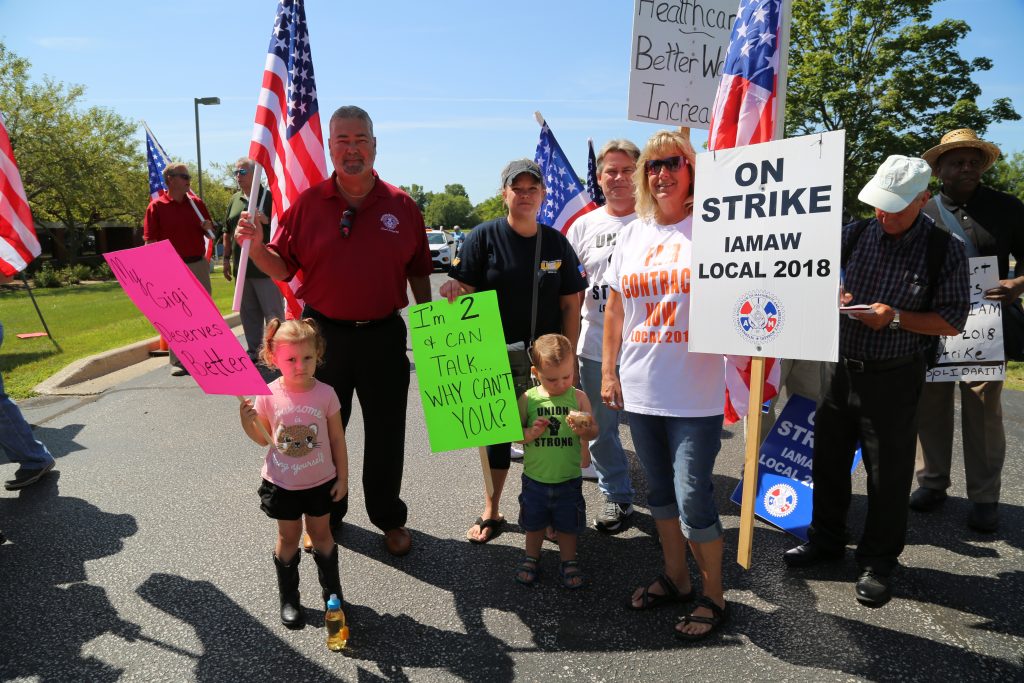 “I came out here for a couple different reasons,” said Martinez. “Number one, I bring you greetings and solidarity from over 600,000 Fighting Machinists who are standing beside you. Praying with you. Wanting you to win. Number two, I wanted to tell you how proud I am to be out here with you today. Our organization is proud of what you’re doing – standing up for respect and dignity on the job. Thank you to all of you for what you’re doing to show this company that the Fighting Machinists will not tolerate greed.”

“Let’s step back several years ago to when Regal came in town,” said Martinez. “My brothers and sisters at this Local decided that they would work with this company because Regal pleaded poor and said that they needed to work with us to get more business in here. The members standing before you today sacrificed to make this company work. To make it a better company and to bring more work. To make more money. But our brothers and sisters deserve part of that pie as well! We deserve to be compensated! Regal made over $3.6 billion last year. Their Power Transmissions Solutions division went from $89 million to over $104 million – that’s a $15 million increase in what you made for this company. This CEO made over $7 million last year. And they have the gall and the audacity to stand here today and try to starve our members out! Regal should be ashamed of what they’re doing!”

In addition to the $10k check, Martinez stated that he would be sending a letter to every IAM Local asking for additional financial support for the members of IAM Local 2018.

The Local will continue to receive ongoing support from the IAM Midwest Territory, as well, said Galloway on the strike line. 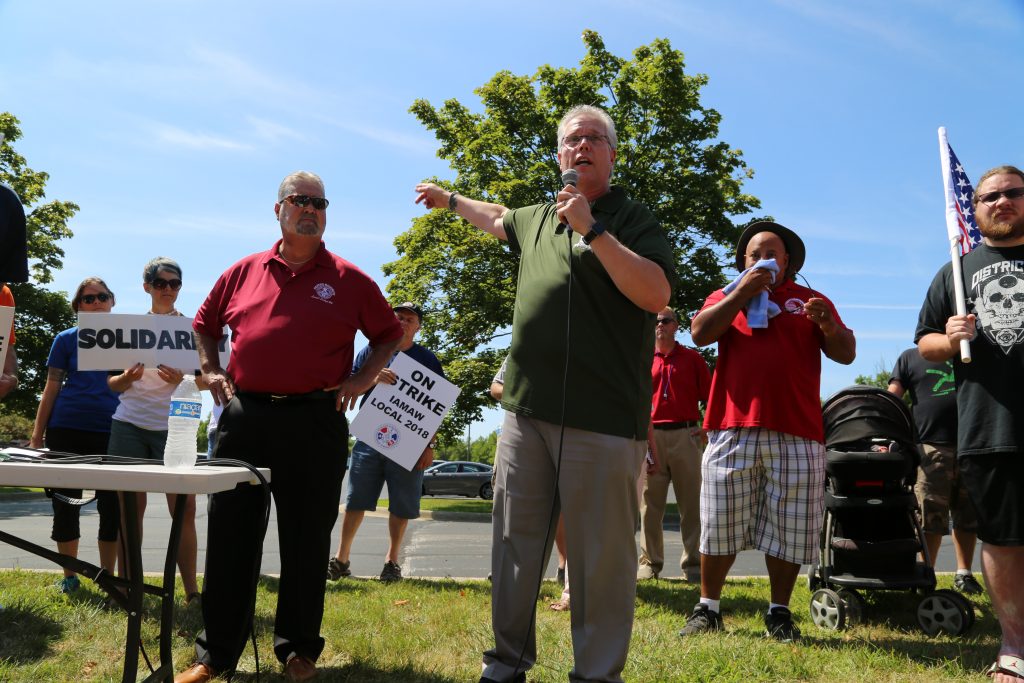 “I’m here to tell you from the Midwest Territory, you have on my behalf all the support that you need to have day-in and day-out,” said Galloway. “GLR Tony Wickersham, GLR Tim Hough from right here in Valparaiso, my Communications Representative, and all of my staff coming here to support you on a daily basis. And that will continue to happen – because we’re going to win this fight! We’re going to take this company on! And the proof is right here in the solidarity in Valparaiso – the community support and your support. We have folks from all over Indiana and the greater Chicagoland right here today and we’re going to continue to do that until you get what you deserve.”

Community support has been revving up with food and supply donations, including a donation of food and milk from Valparaiso’s Hilltop Food Pantry.

Regal is also feeling the heat from the community on social media. See this screenshot of some of the backlash and comments Regal is receiving on its Facebook page.