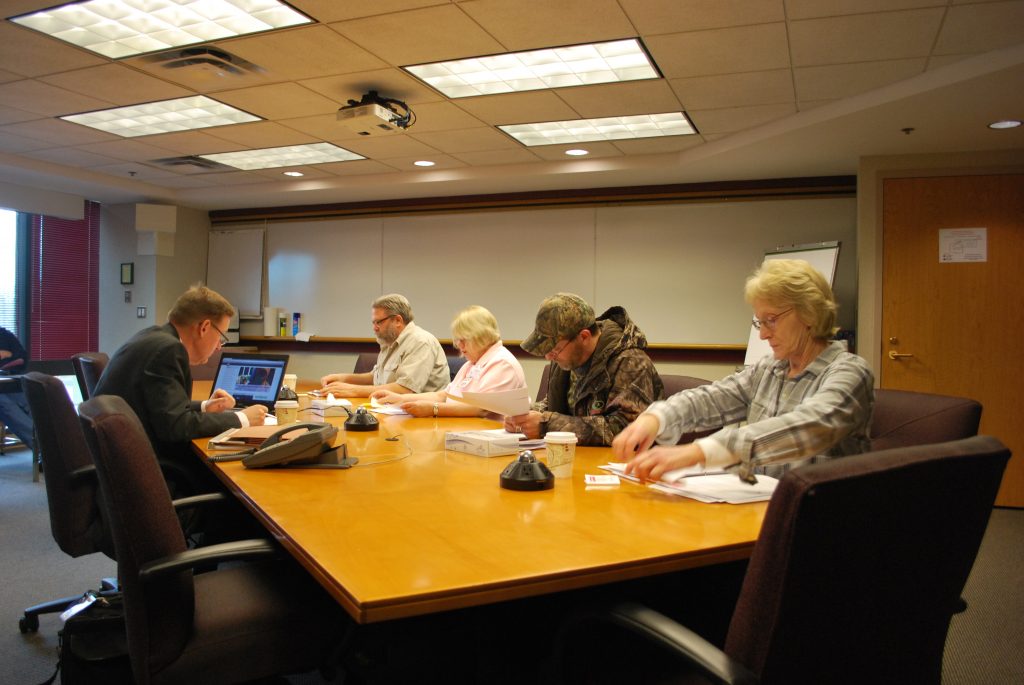 The committee fought a hard battle to keep harmful changes from being implemented in the contract. They were faced with topics ranging from job combinations, to the company having the ability to bring in temporary workers while members are on layoff status.

Although successful in maintaining seniority rights and the assurance that no temporary worker will replace members on layoff, the company managed to keep job combinations on the table.

“The committee and membership stood together and rejected the company’s initial offer and followed the rejection with an overwhelming strike vote,” said Wickersham. “But with the voices of the people being heard, the company and union came back to the table in order to try and resolve the more contentious issues affecting the membership. After more discussion, a package was accepted and taken to the membership. The contract was accepted by a large majority, without having to force a work stoppage.”

The two-year contract includes a three-percent raise for the operator and material handler classifications, a new classification was created at a higher rate, and skill trades received a significant increase in wages in order to attract more hires. The deal also includes a new adjustment to layoff language that would enhance seniority, an improved streamlined grievance procedure, very minimal increases to insurance rates, and more bereavement time.

“I would like to acknowledge the IAM Local 153 Bargaining Committee and the commitment they put into the negotiation process,” said Wickersham. “I believe the knowledge they gained at the William W. Winpisinger Center really helped them to focus and communicate with the membership. It seems communication was key to our efforts in knowing what the people truly wanted. This would not have been the case if not for the committee and the Midwest Territory. The stand made by the membership will be remembered and will set the tone in future negotiations.”

“Congratulations to the members of IAM Local 153,” said IAM Midwest Territory General Vice President Philip J. Gruber. “I know this was a long, hard-fought battle. You should be very proud of the solidarity and strength you showed, both at the bargaining table and each time it came to time make your voices heard through your vote. Thank you for all your hard work and for continuing to fight the good fight on behalf of union families.”