Ron Koppes was honored as one of three new inductees into the Dubuque, IA Area Labor Hall of Fame on February 7, 2015. 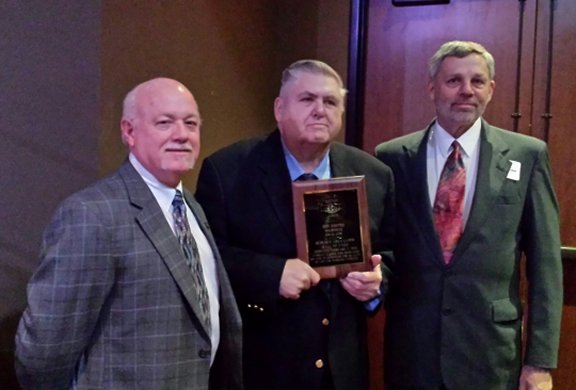 Brother Koppes, retired since 2014, joined IAMAW Local lodge 1238 at the age of 24 after he helped organize the shop where he worked—Eska Company—in 1970

Ron continued his union activism as a shop steward in 1971 and later served LL1238 as both vice president and president from 1972-1984. In 1984 Brother Koppes left Eska but continued his IAM membership serving as the Labor Liaison for the United Way of Dubuque Tri State Area until his retirement.

“Ron is not only a brother, but also a close family friend and I cannot think of a more deserving recipient”, quoted John Herrig, IAM District 6 Directing Business Representative. “Brother Koppes’ service to not only his IAM brothers and sisters, but also to all of labor in his many roles, is a testament to the love and dedication he has for his union and his generous and caring nature to the public.”