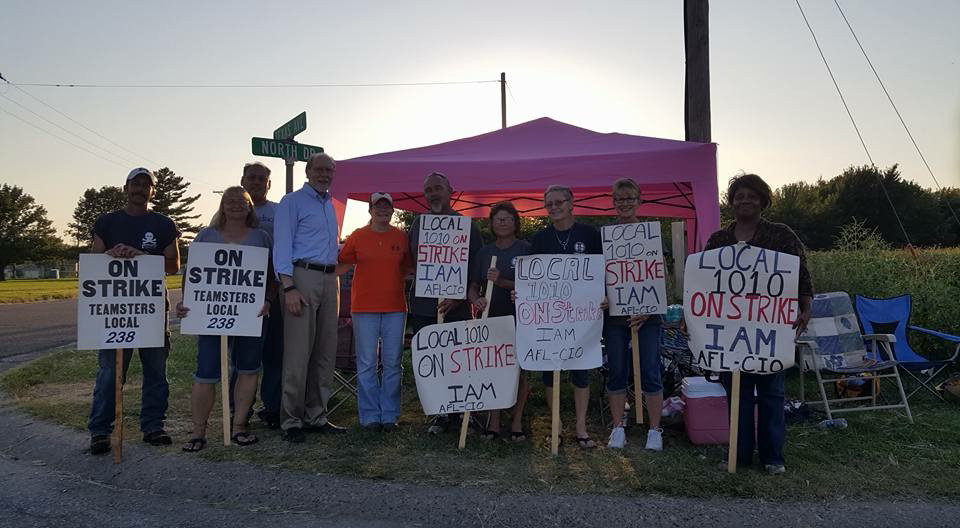 IAM Local 1010 members employed at the Iowa Army Ammunition Plant in Middletown, IA, walked off the job Tuesday as they continue negotiations with American Ordnance for a fair contract.

In a move to save their health care, wages and pensions, more than 230 IAM Local 1010 members employed at the Iowa Army Ammunition Plant walked off the job Tuesday as they continue negotiations with American Ordnance for a fair contract.

The production workers, who have been in contract negotiations with American Ordnance in Middletown, IA for five weeks, went on strike after standing in solidarity and overwhelmingly voting down the company’s so-called “last, best and final offer.”

“Our member’s are responsible for producing live munitions for the U.S. military,” said IAM District 6 Directing Business Representative John Herrig. “They handle hazardous and dangerous materials everyday – for that they should be compensated with affordable health care, a fair wage and an opportunity to retire someday with dignity. We’re standing together to ensure a secure future for our members and their families.”

“IAM members at American Ordnance are among some of the most highly-skilled, talented workers in the country,” said IAM Midwest Territory General Vice President Philip J. Gruber. “They don’t take what they do lightly – and neither should the company. The IAM will not stand for another round of one?sided negotiations. I urge American Ordnance to bargain in good faith and come to the table with an agreement that’s equitable and fair.”