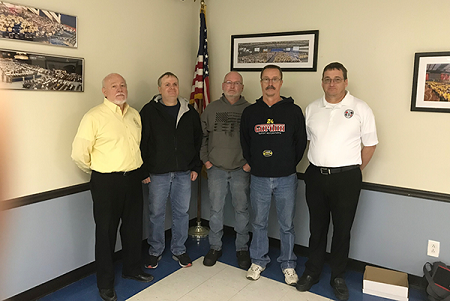 More than 30 members of IAM Local 1426 in Sioux City, Iowa are out of work after their employer, Prince Hydraulics Company, permanently closed its doors Friday, January 18, 2019, without any advanced notice.

The plant had been manufacturing hydraulic cylinders, valves, and pumps since 1941.

“I have seen several plant closings in my time as a Business Representative and as a Machinist,” said IAM District 6 Business Representative John Herrig. “But I have never seen it handled in such a cold-hearted fashion. I worked in this plant for 12 years and represented the bargaining unit for another seven. I have a sense of what they are feeling, but I cannot imagine the full emotional impact on their lives. This is just plain wrong.”

The employees were taken by surprise as they were told, shortly after being summoned into the lunchroom at 2:00 pm, in a few short sentences from a prepared statement read to them by Corporate CEO Dan Van Eldik. As they exited the facility with their personal items, they were met by a locksmith waiting to change the locks and police cars about a block down the road.

This was not how these faithful employees, many of whom had more than 30 or 40 years of service, expected to end their careers with this company. The employees not present were not notified at all.

When the employees left the plant on January 18th all they received was information regarding COBRA insurance and some Iowa Workforce Development papers with wrong information.

But the IAM stepped in and contacted Iowa Works Rapid Response to set up a group informational meeting and had a Trade Adjustment Assistance (TAA) petition filed seeking some help for the dislocated workers. An Iowa WARN complaint was also initiated since Prince also neglected to give notice to Iowa Workforce Development; a violation of the Iowa version of the federal WARN Act. Iowa WARN mandates a 30-day notice from employers who employ at least 25 workers of a plant closing, but violations carry very little reprimand for those in defiance of the law.

The IAM was able to enter effects bargaining with the company to provide a severance package for the affected employees. An agreement was reached which included severance pay, full vacation payout, seniority bonus, and an incentivized COBRA insurance. The package was ratified on February 4, 2019.

The plant unionized in 1967 and has held nearly 100 percent union membership, despite being in a Right to Work (for less) state.

Kurt Lambing would have had 31 years in at Prince this April. For Brother Lambing this is personal. It’s not just Kurt that was affected – his two brothers Bill and Dean (34 and 29 years of service respectively) also lost their jobs.

“This company closed the doors and turned their backs on 31 proud Union Brothers. Without warning or caring,” said the former Local 1426 President and longtime Shop Chairman. “We worked hard for our Brothers to get the best severance package we could. I am proud of our committee and it’s been an honor and privilege to serve this great Union.”

“The plants abrupt closing on January 18 came unexpected,” said Rick Pickens, a former Local Lodge officer and committee member. “I went through effects negotiations not knowing what the outcome would be. The severance package that was negotiated and is to be paid out would not have been possible without the union’s help.”

Brother Pickens is unsure of where he will find another job; or if he even can find another job. He started at Prince about one week after Kurt and has worked virtually every job in the plant resulting in an immense physical toll to his body. 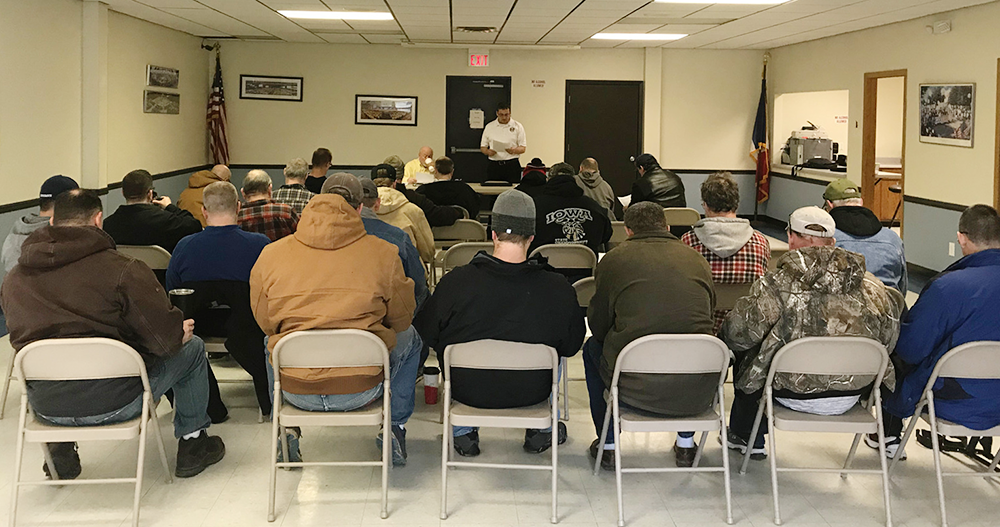 Greg Enright, a more than 15-year employee who has served on the Shop Committee, Negotiating Committee, and as an officer of Local Lodge 1426 put it this way, “With the plant closing, we lost our livelihood, our benefits, and security. But they will never take away the brotherhood. It runs bone deep. I could never hope for a greater group to represent and I hope I’ve served them well.”

Servicing Business Representative Doug Day acknowledged the hard work by the Negotiating Committee. “It’s a sad day when any company closes its shop and several people are affected by that decision. I thank the Negotiating Committee, not just for all they have done during this difficult time, but for all they have done for this great union throughout the many years. I also want to thank BR John Herrig and Grand Lodge Representative Shannon Stucker for all of their work, leadership, and support during these difficult negotiations.”

“The IAM shares our members’ anger and frustration over Prince’s decision to stop operations – so abruptly and without notice – in Sioux City,” said IAM Midwest Territory General Vice President Steve Galloway. “Their decision to suddenly abandon a workforce that has given its blood, sweat, and tears for more than 78 years is unfathomable. It’s time for this corporate race to the bottom to end. If not, we’ll continue to see good jobs disappear throughout this country.

“Thank you to the IAM Local 1426 Negotiating Committee, IAM District 6 Business Representatives John Herrig and Doug Day, and IAM Midwest Territory Grand Lodge Representative Shannon Stucker for your swift actions in first meeting the immediate needs of the membership and then coming together to bargain an effects agreement to help in this difficult time,” continued Galloway. “Most importantly, thank you to the members of IAM Local 1426. Your years and dedication may have been lost on the company, but they are certainly not lost on your union.”

“The way this company has treated its employees is absolutely disgraceful,” said International President Bob Martinez. “For our members to be walked out of the plant just minutes after finding out it was closing, is outrageous and goes beyond the usual display of corporate greed. We will work with the Midwest Territory to make sure these members and their families have every IAM resource made available to them. How many more plant closings do the American people have to suffer through while corporation after corporation get even richer off of Trump’s tax giveaway?”