Bill Maruk was terminated for insubordination in December 2012 from Boise Paper located in International Falls, MN. He is a 41 year member of IAM Local Lodge 760. The Union filed a grievance and after many attempts to resolve, ultimately ended in arbitration. The Arbitrator ruled that Bill Maruk was unjustly terminated and reinstated him to his former job with 52 weeks of compensation under a buyout program that Maruk would have been eligible for had he not been terminated. 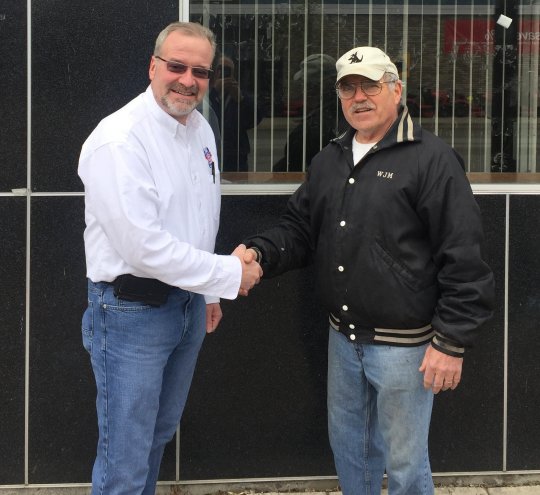 The grievance went to arbitration with two hearings in June 2014 and July 2014. The Arbitrator ruled that Bill Maruk was unjustly terminated and reinstated him to his former job.

The Union and Company then failed to reach a settlement on other issues. The case was sent back to the Arbitrator by the Union. The Arbitrator ruled that Maruk was entitled to buyout compensation he would have been entitled to while terminated. Other benefits of seniority, medical, vacation and pension were also agreed to.

Member Bill Maruk said “I was very fortunate to have good representation from the IAMAW. GLR Mickschl was personable, very thorough, patient and knowledgeable of his job” said Maruk. “I believe collective bargaining can be a win-win process and I encourage all members to be vocal in efforts of organizing in their areas of influence. My many years of paying dues proved to be great insurance considering the more than satisfactory and well fought for arbitration settlement.”