This past weekend IAM District 837 “New Machinists” traveled from St. Louis, MO to picket all day with Mechanics Local 701. Al Piemonte Chevrolet in East Dundee, IL has now locked members of Mechanics Local 701 that have been on strike for 8 months 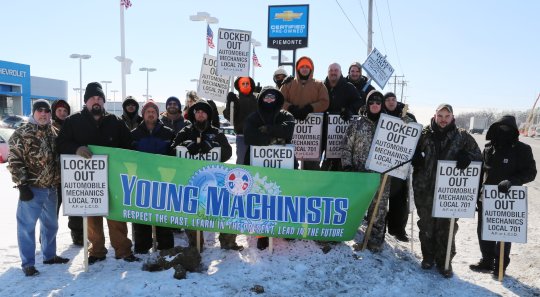 A full crew showed and was welcomed by a 12 degree day, but the sun was out and all enjoyed the warm company of fellow Machinists. A little coffee and some great pizza went a long way.

General Vice President Philip J. Gruber who joined the picket line praised the effort saying, “Our members at Al Piemonte in East Dundee, IL are still rock solid after 8 months on the line. We sincerely appreciate the committement to solidarity shown by the New Machinists from IAM District 837.” 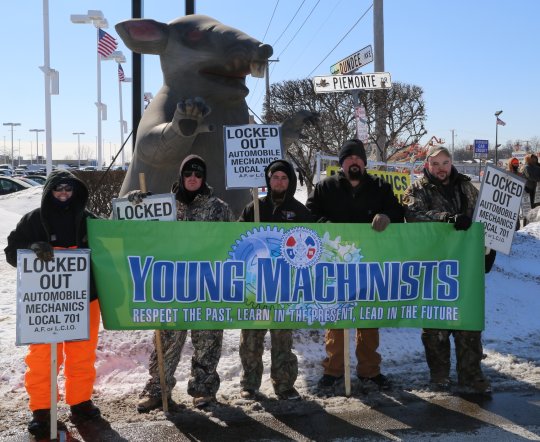 After working all night, the New Machinists from District 837 traveled all the way to East Dundee, IL to make the picket line first thing in the morning. Then they ran into a snow storm on the way home.

While things are moving at the bargaining table, the parties are still not close to reaching an agreement according to Mechanics Local 701. 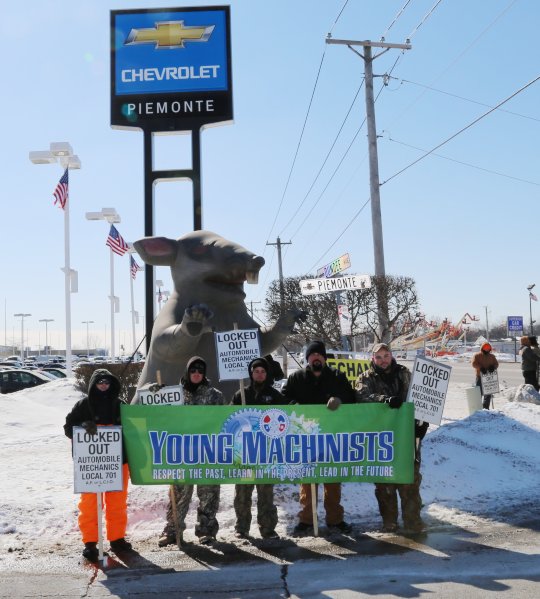