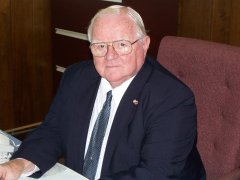 “It is an honor to be here as we remember and honor two servants of the people,” said GVP Gruber. “I knew Gerald throughout his years of involvement with the Machinists Union. He was a man who was
passionate about his union and politics. Although they were different in a number of ways.

“Gerald and Judy shared some of the same similarities,” continued Gruber. “It is said that people who rate high in commitment believe there is meaning and purpose in what they do. These are two people
who realized a successful life is all about serving others.

“It is therefore, only fitting, that Judy Morgan be the first recipient of the Gerald Randall memorial award. She personifies all of the qualities of self-giving that describes Gerald.”

Randall joined the Machinists Union in 1949 when he hired on as a Fleet Service Helper with Trans World Airlines (TWA). He became very active in the Machinists political effort, which led to his
involvement in local and national politics. He’s served as President of the Missouri State Council of Machinists, Chair of the IAM Local 1650 MNPL Committee Chair and a member of the Clay County
Missouri Election Board. Randall passed away in November 2010. 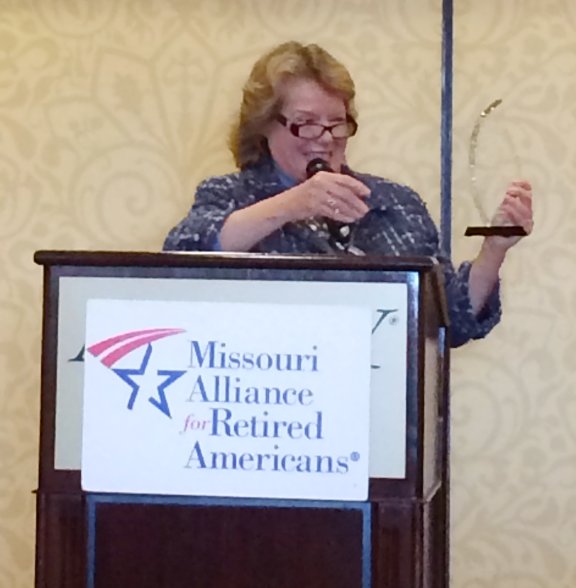