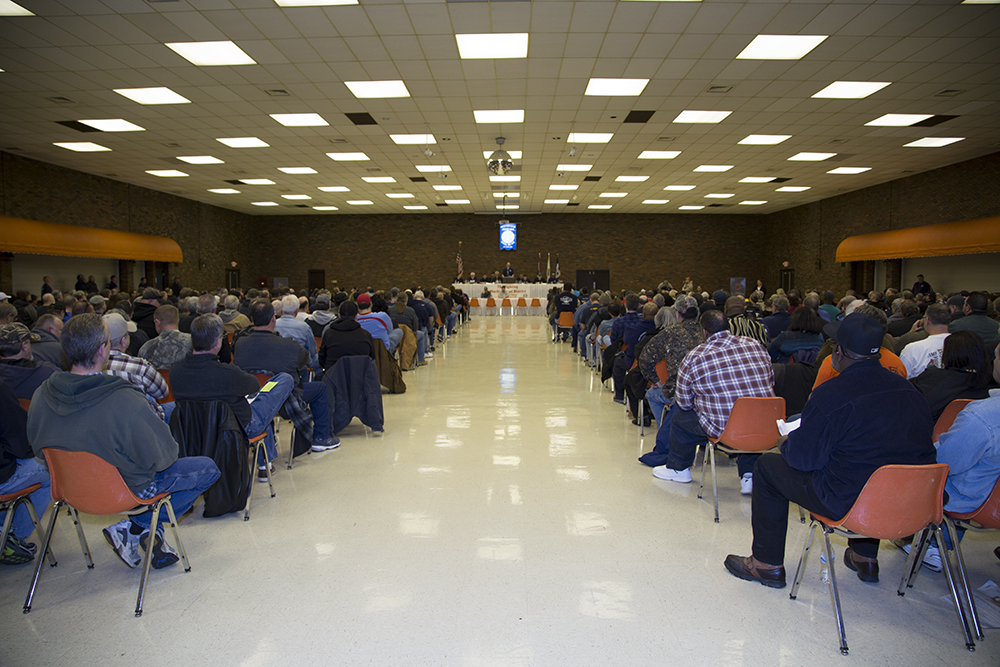 More than 500 members of St. Louis IAM Local 387 ratified a tentative agreement with GKN Aerospace by a majority vote.

More than 500 members of IAM Local 387 have ratified a tentative agreement with GKN Aerospace in St. Louis.

Click here to view a slideshow of the vote.

After five weeks of negotiations, the Local 387 Bargaining Committee unanimously recommended ratification of the five-year agreement, which includes a combination of general wage increases and lump sum payments. This is the first increase in take-home pay the membership has received in four years.

The proposal passed with a majority vote.

In addition to raises, the contract includes increases to the IAM National Pension Fund and short term disability. It calls for no increases in health care employee rate contributions in 2016 and 2017, a one percent increase each year from 2018 to 2020 for PPO plan participants only, while maintaining current plan design benefits. The company will also pay up to $125 per year for OSHA-approved steel-toe safety shoes. 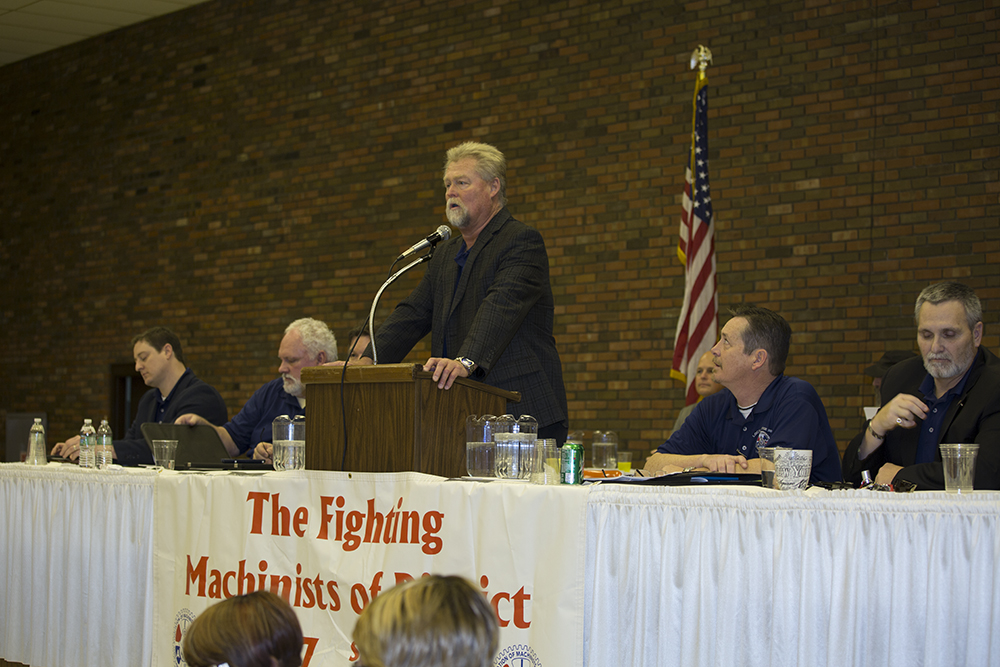 “I am very proud of what we accomplished with this agreement and the unprecedented show of support and solidarity from the membership,” said IAM District 837 President/Directing Business Representative Stephen McDerman. “General wage increases, higher pension contributions and frozen health care premiums for a significant portion of the contract and membership means more money in our members’ pockets. I want to thank the entire Bargaining Committee, as well as the support staff from the Grand Lodge and Midwest Territory who were there every step of the way – Aerospace Coordinator Terry Smith, Grand Lodge Representative Steve Galloway, Strategic Resources Assistant Director David White and Communication Representative LaToya Egwuekwe-Smith.”

“Congratulations to IAM Local 387 members, IAM District 837 and the entire Bargaining Committee on a job well done,” said IAM Midwest Territory General Vice President Philip J. Gruber. “As I stated to the company in my opening remarks back in December, the IAM carries the charge and responsibility of negotiating a package that is both fair and equitable to our membership. I believe our team accomplished that today. Our members stood strong and won improvements they can be proud of.”

Click here to view a slideshow of the vote.